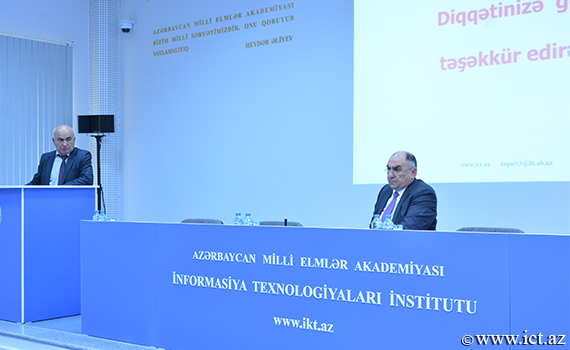 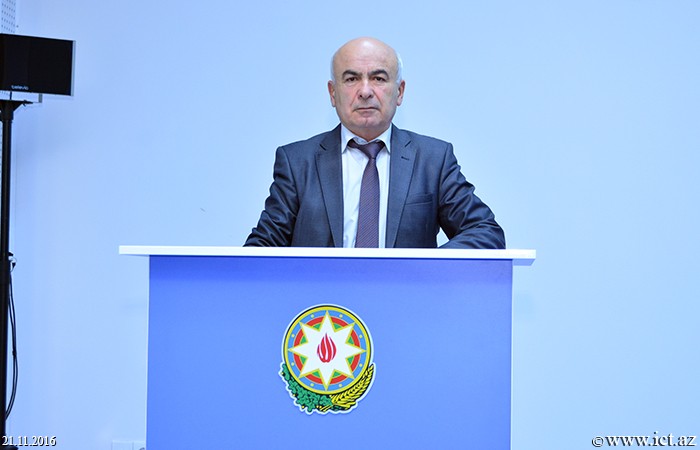 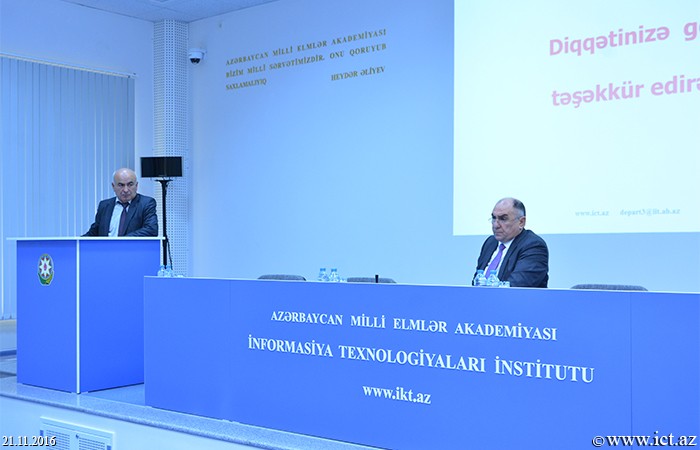 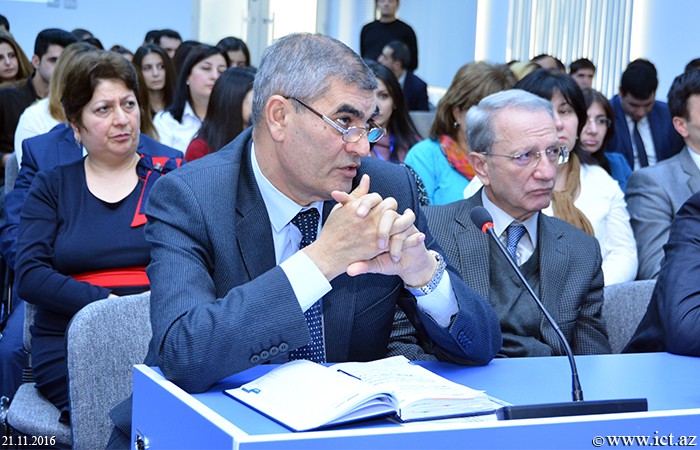 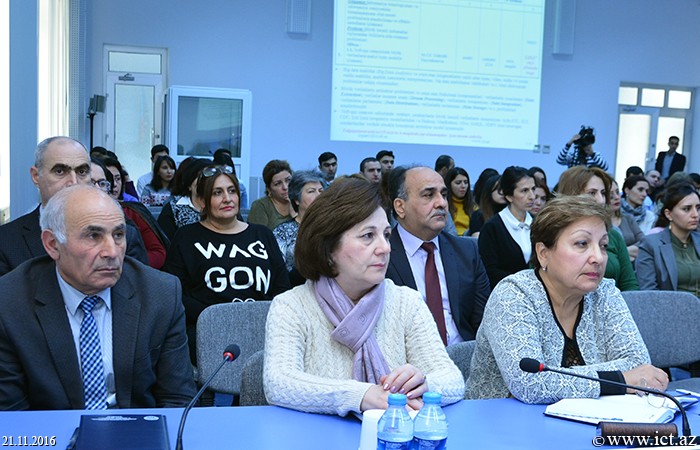 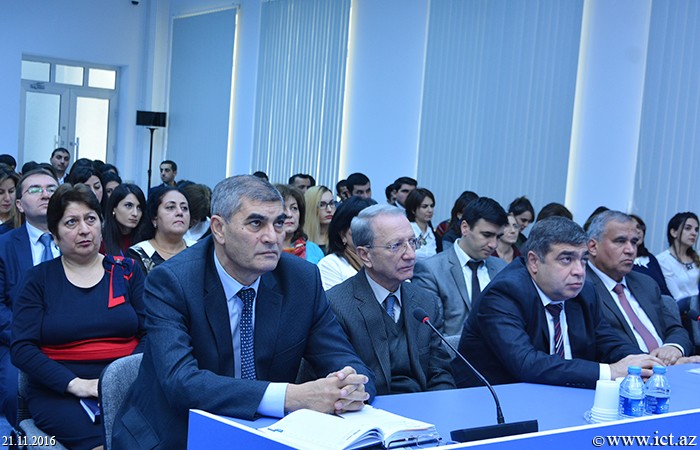 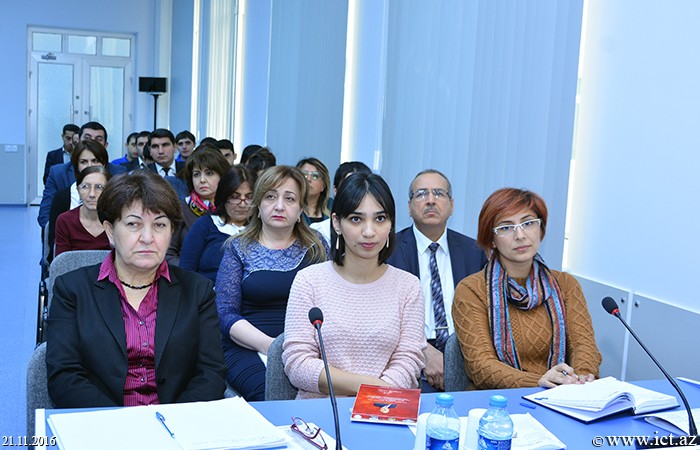 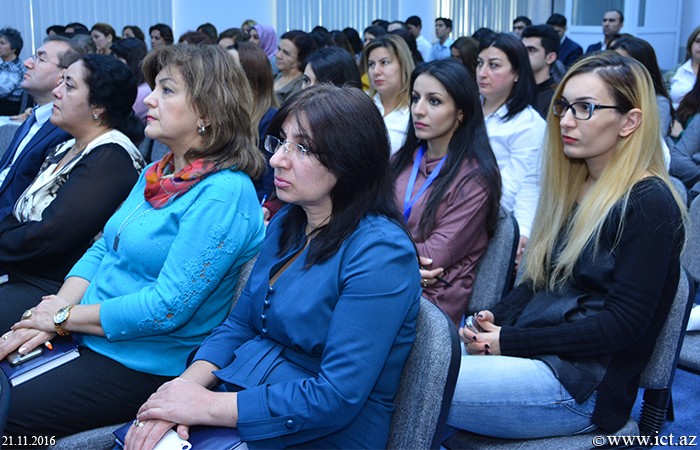 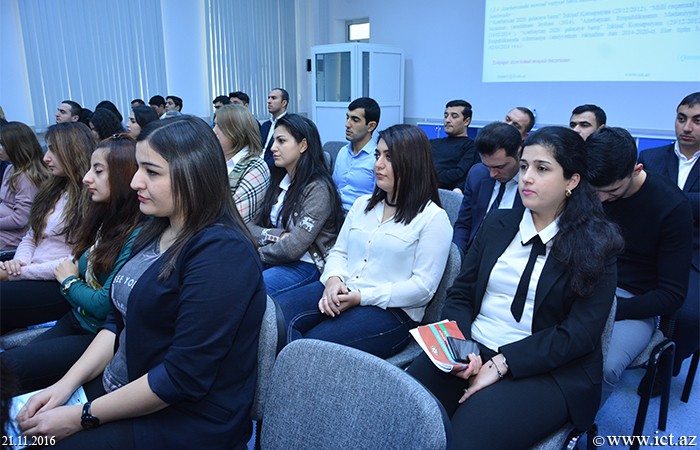 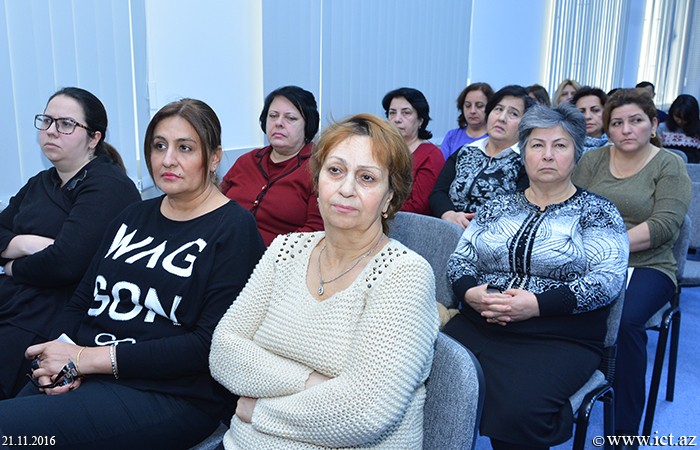 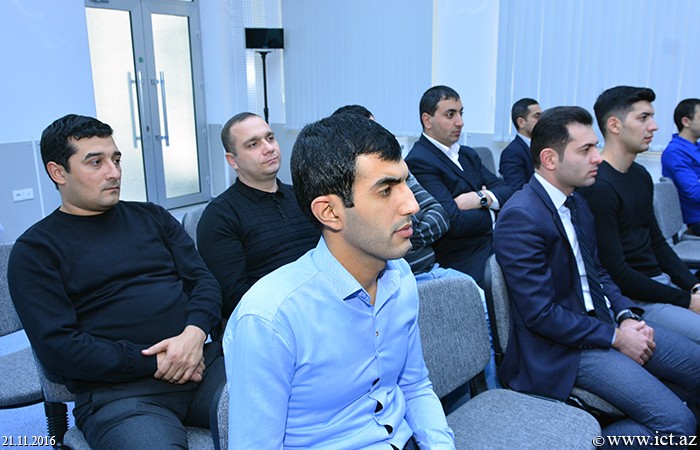 Repor of Department No3for the year 2016 were discussed at the Scientific Council of the Institute of Information Technology.

The reporter noted that scintific research activities carried out according to the the main scientific direction of the institute, on the problems of the formation of e-science.The scientific scope of the problem theoretical and practical issues of formation of e-science were have been investigated. Also during the year the science (Science 2.0) concept has been studied and identified areas of its formation have been defined.

Head of the department said that role of social media at the development of citizen science as a part of e-science is investigated and identified long-term trends are defined. According to his words articles dedicated to the results of research activities received during the current year has been published and were discussed at the scientific conferences.

T.Fataliyev noted that academic seminars were held during the year, scientific articles were published in prestigious journals, have been taking part in international and national scientific conferences. He noted that in this direction studies have been conducted on the project funded by the Science Development Fund under the President of Azerbaijan.