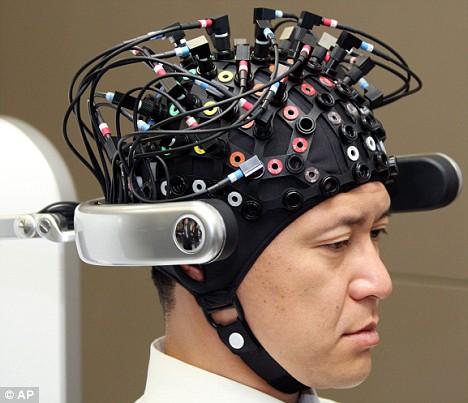 In Japan, scientists have invented a device for reading human thoughts 19.04.2017    12:45 / Technological innovations

Japanese scientists have created a device capable of reading thoughts. The development of innovative technologies was carried out by the specialists of the Technological University in Toyohashi. Experts note that their invention with an accuracy of 90 percent guesses the numbers from zero to nine. In addition to the figures, the invention is capable of guessing some syllables in Japanese, although the success rate in this case only reaches 61 percent.

Experts admit that the indicators they reached are not the highest and most encouraging. But at the same time they are sure that in the near future the device for a full reading of the thoughts will undoubtedly appear.

The invention of the Japanese for the base uses the principle of the work of electroencephalograms, which scan brain waves that arise when a person utters something. In the future, the device will be able to predict the words and sentences that the person has conceived, thanks to the analysis of the waves that appeared as a result of brain activity.

Scientists note that earlier problems arose precisely during the decoding of electroencephalograms. According to experts, the device will help people who, as a result of illness or accidents, have lost the opportunity to speak. The prototype will be presented to the public at the end of this year.