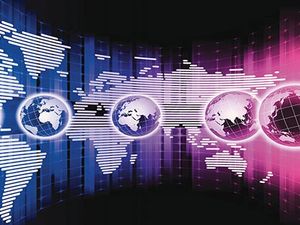 Eight of the top 10 countries/regions saw double-digit percentage increases from the first to the second quarter of 2014, though South Korea kept its first place average connection speed (24.6 Mbps) with only a 4% quarterly increase. Impressive 18% quarterly growth for Hong Kong (15.7 Mbps) pushed it ahead of Japan, which now matches Switzerland with an average connection speed of 14.9 Mbps. Four of the top 10 countries experienced year-over-year increases of more than 50% in average connection speeds, led by South Korea's 84% annual rise. Yearly increases were seen in 136 qualifying countries/regions, from 197% in Uruguay (5.6 Mbps) to 1.2% in the United Arab Emirates (4.6 Mbps).