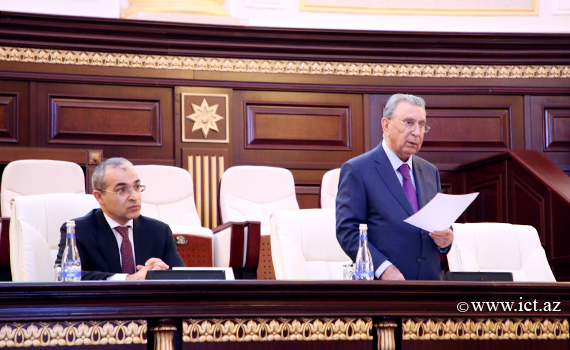 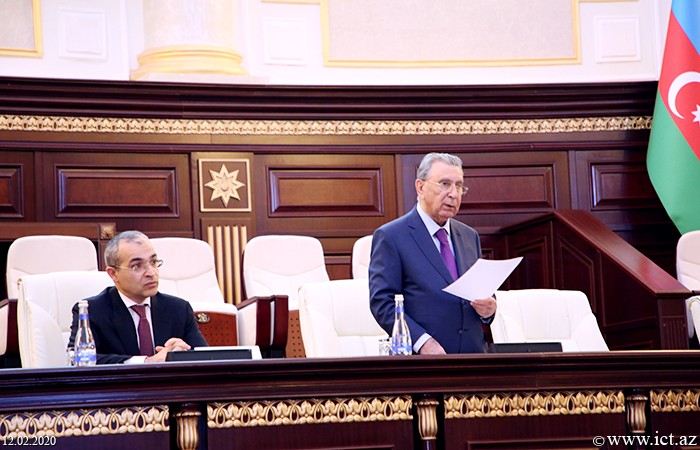 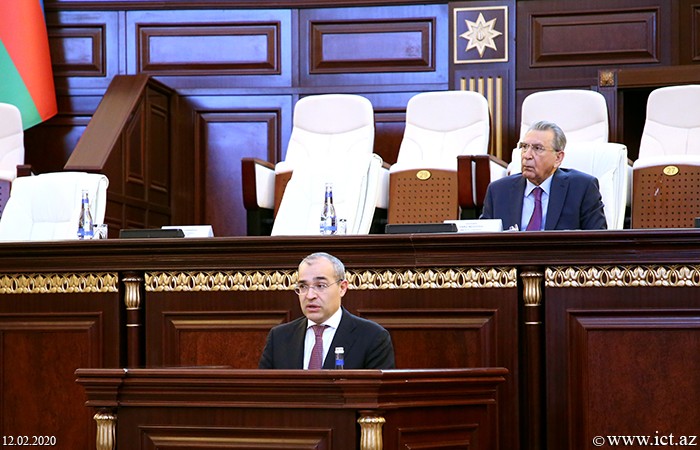 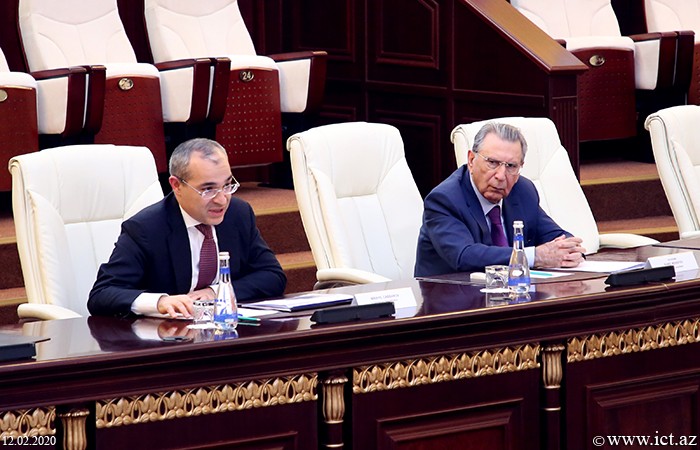 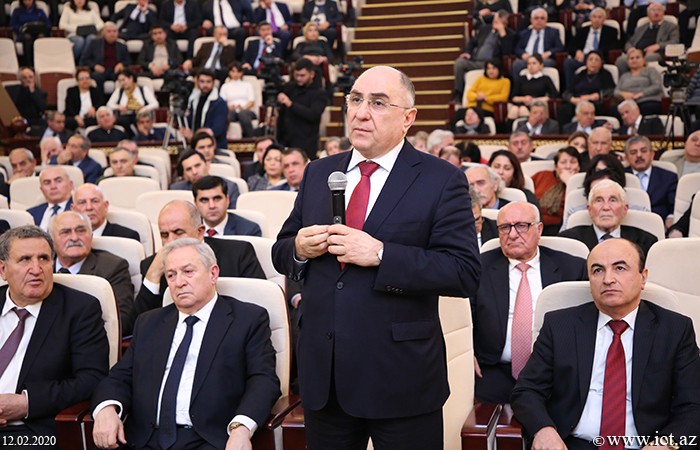 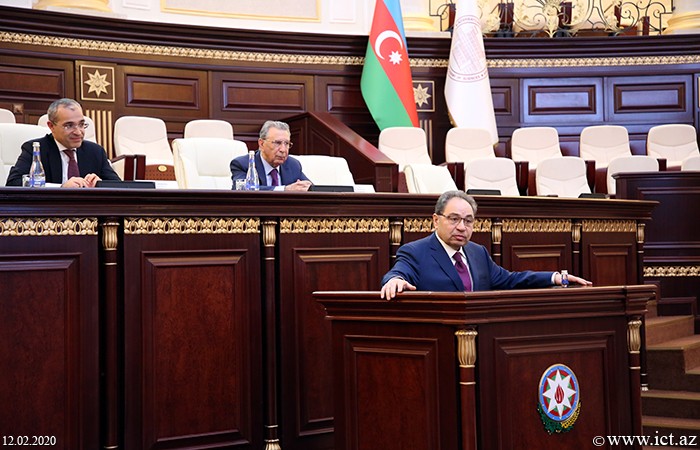 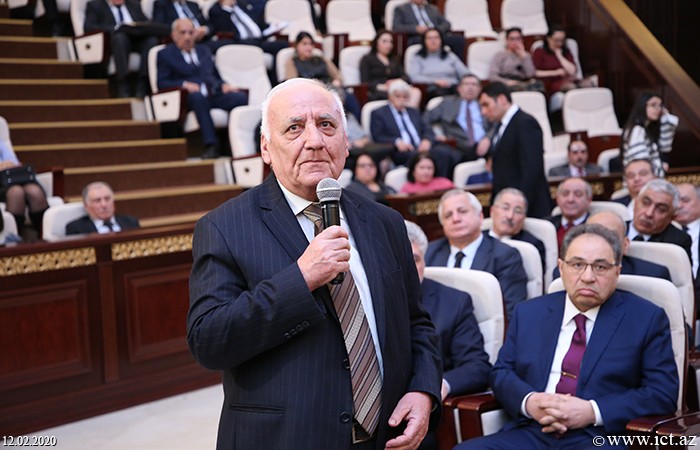 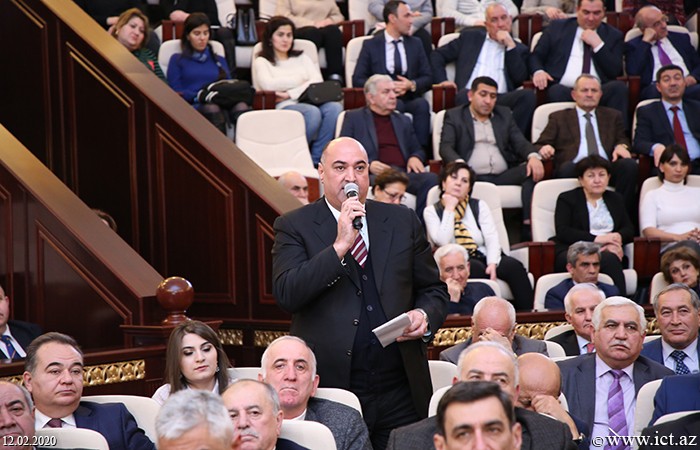 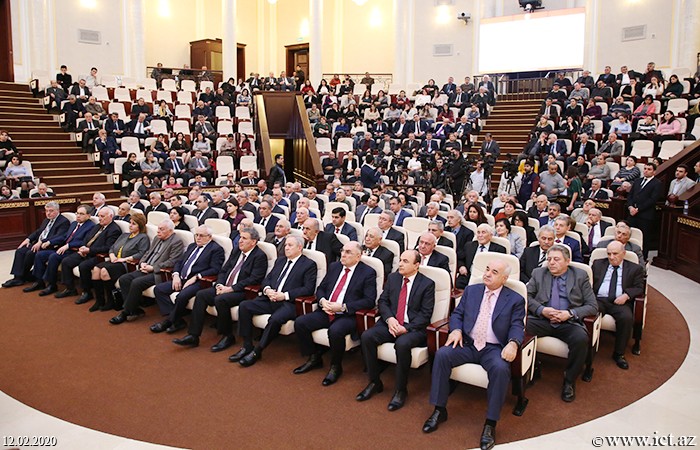 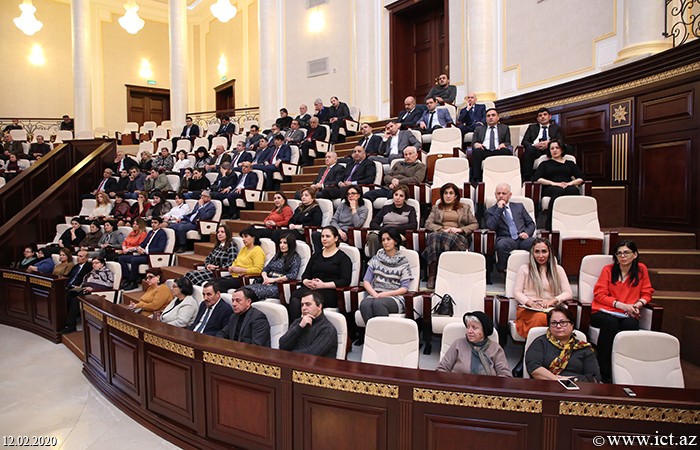 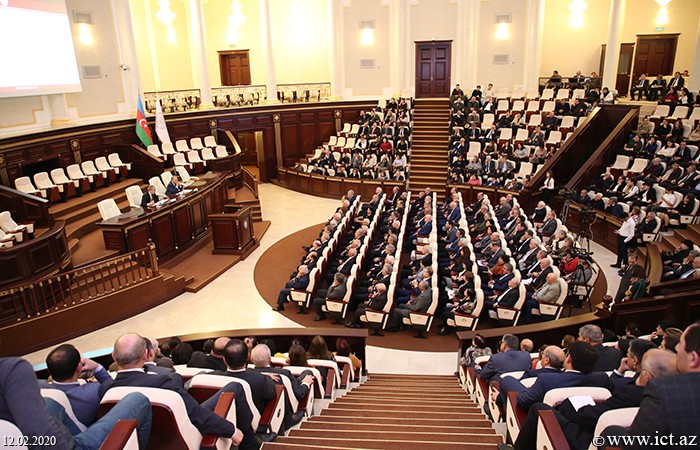 On February 12, ANAS employees met with the Minister of Economy of the Republic of Azerbaijan Mikail Jabbarov in ANAS.

ANAS President academician Ramiz Mehdiyev said that the Academy had recently held meetings with a number of government representatives and established ties with various organizations to implement joint projects. He noted that the main purpose of organizing such meetings is to integrate the existing potential of ANAS, important results achieved by domestic scientists in the country's economy, as well as to ensure the worthy participation of scientific institutions in the comprehensive development of our country. The head of the academy said that communication in this format is important in terms of understanding and solving existing problems, as well as eliminating artificial barriers that impede the direct relationship between structures.

Speaking about the relations between ANAS and state institutions, academician Ramiz Mehdiyev said that for many years there was a stagnation in relations between this institution and state structures, and the necessary cooperation for the development of the country was not established. As a result of this, the Academy of Sciences, which has enormous potential, has remained far from the processes of building a new era and has not been able to contribute to the development of society. “The moral duty of every citizen, especially our scientists, is to actively participate in the reform line of the President of the Republic of Azerbaijan Ilham Aliyev for the comprehensive development of our country. I hope that both parties - both our scientists and representatives of state structures will be able to effectively use the emerging platform of cooperation and mobilize existing opportunities for the common good of the state,” added academician Ramiz Mehdiyev.

Noting that, Academy has great opportunities today, head of ANAS said that the impact of science on the socio-economic development of the country and other areas is not satisfactory: “The rapprochement and close cooperation of state structures with the scientific community promises great prospects. The various structures of the Academy are able to make the necessary contribution to the development of the industrial and economic potential of our country. In recent years, very relevant and useful scientific research has been carried out at the institutes of the Academy. However, I must regret to say that there were no orders from the state bodies for their practical implementation. Academic structures have also been passive in this regard. ”

Academician Ramiz Mehdiyev expressed confidence that the meeting with the Minister of Economy of the Republic of Azerbaijan Mikail Jabbarov will be useful in terms of overcoming the aforementioned problems, building new bridges for cooperation, and will also contribute to the effective involvement of scientific potential in economic processes.

Then Minister Mikail Jabbarov spoke about the importance of this event in terms of discussing issues of mutual interest with various scientific institutions of ANAS, and determining priorities. Noting that in recent years, dynamic growth has been observed in most sectors of the country's economy, the Minister brought to attention that the main task facing the Ministry of Economy is to achieve sustainable development of the country.

Mikail Jabbarov also noted that at present, the development of the non-oil sector in our republic is considered as the main source of economic growth. Talking about measures aimed at developing the national economy, which had a positive impact on economic growth in the non-oil sector, the Minister emphasized the importance of the right investment policy in recent years.

Speaking about the priority areas of economic reforms in the country, the minister said that the main goal is to ensure that economic growth does not lag behind world average economic growth, as well as to achieve an outpacing rate of economic growth worldwide. Mikail Jabbarov spoke about a significant increase in exports of goods and services from the non-oil sector, increasing the economic benefits of public investment, turning small and medium-sized enterprises into the main driving force for economic growth, and minimizing the “shadow economy”. He added that as a result of the reforms, the number of people working in the non-oil sector increased by more than 18 percent over the past year.

Speaking about the tax policy in the country, the minister noted that this policy is an important factor in the competitiveness of the economy. He emphasized that one of the main goals of tax policy should be the expansion of economic opportunities and focus on economic development.

Further, Mikail Jabbarov informed the meeting participants about the statistical indicators of the Ministry of Economy based on the results of socio-economic development in 2019.

Then the minister responded questions from the Academy staff.

During the event, an exchange of views on the use of the ANAS potential in the development of the country's economy, establishment of cooperation with the Ministry of Economics, investments in the non-oil sector and other issues took place.

In conclusion, academician Ramiz Mehdiyev, on behalf of the ANAS team, thanked the Minister for participating in the meeting and expressed confidence that practical discussions would be achieved as a result of the discussions.