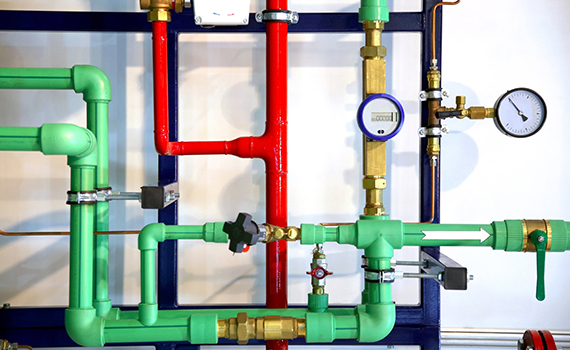 Scientists of FIT TSU have developed a unique device for automatic diagnostics and repair of pipelines. The robot can move along horizontal and vertical pipes, determining the location of defects.

“The traditional diagnostic tools used in the oil and gas sector move inside the pipe along with gas or hydrocarbon feedstocks. Starting such a device always creates certain difficulties. The difference between our robotic complex (RK) is that it moves along the surface of the pipe, so there will be no difficulties in connection with the launch and inspection of the pipeline, ”explains Vladimir Syryamkin, professor of FIT TSU, one of the authors of the development.

Using various sensors (ultrasonic, infrared and others), the robot determines defects of a different nature - cracks, holes and others. In addition, the robotic complex is based on neuro-fuzzy algorithms and works like neurons that quickly accumulate new experience and adapt it to the situation.

Artificial intelligence online maps the damage and determines the need for repair work. Moreover, the robot can close small defects immediately during the examination. RK is equipped with a small capacity, it is filled with the same material from which the pipe is made, for example, polyethylene. The material in liquid form is supplied from the sprayer, after which it hardens in air.

“If traditional devices are limited by the size of the pipe, the diameter does not matter for the new robotic complex. In addition to pipelines in the oil and gas sector, the robot can be used to diagnose pipes in the housing and utilities sector, in ships, and so on, ”says Vladimir Syryamkin.

According to poisknews.ru, a patent has already been filed for the new RK. The device can operate both under the control of the operator and independently. In the future, the developers intend to offer three robots to the oil and gas industry workers: along with the new device, this is a robot wheel that moves not only on a solid surface, but also on water and air, and the RC on a caterpillar track. Devices will be able to exchange received information and will complement each other's functionality.