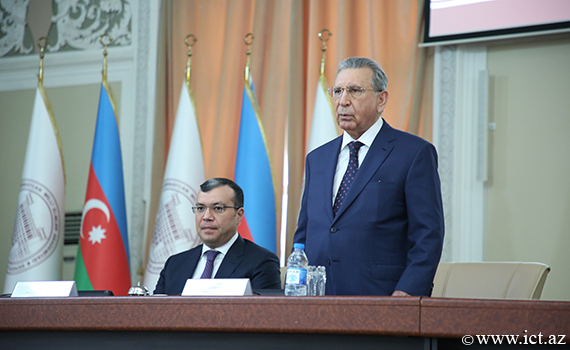 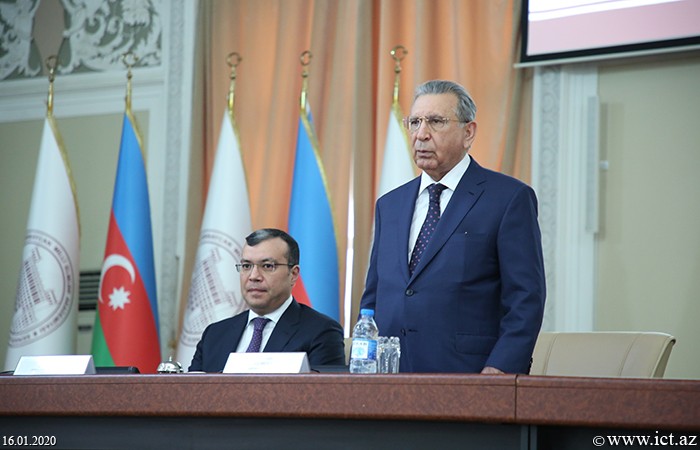 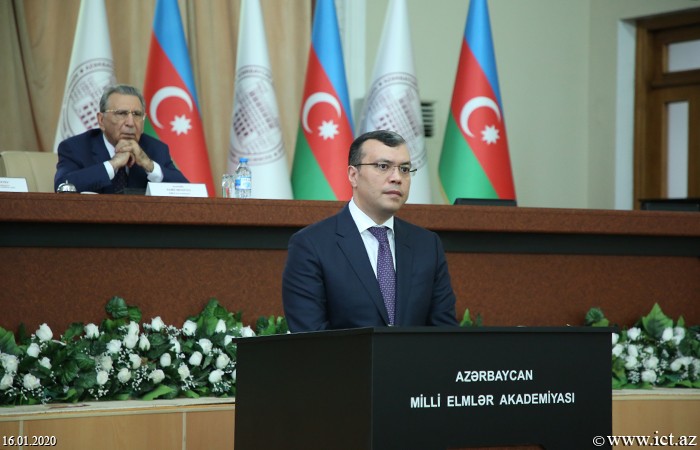 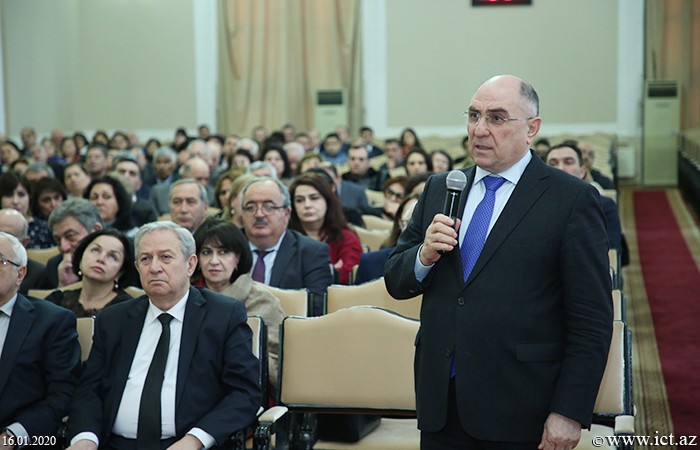 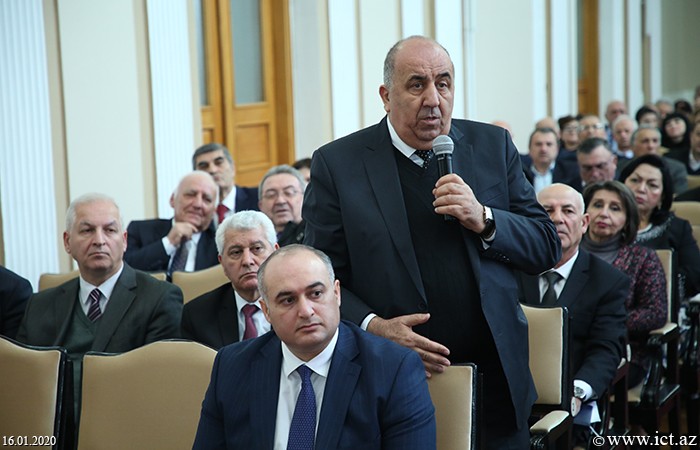 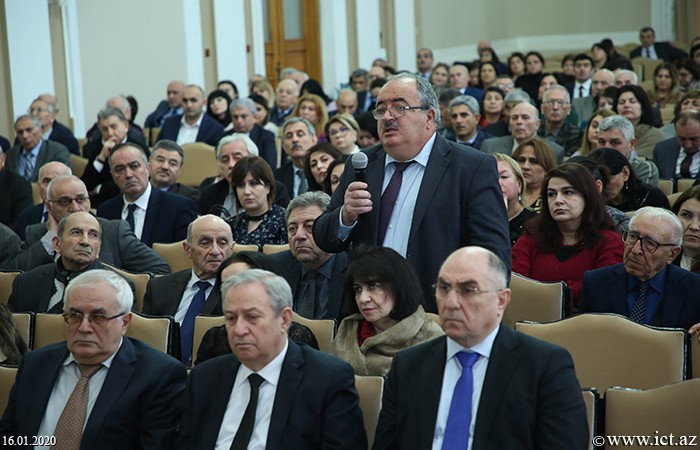 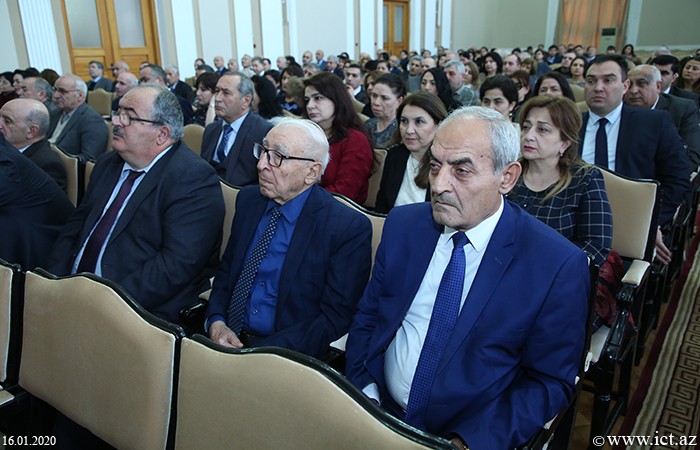 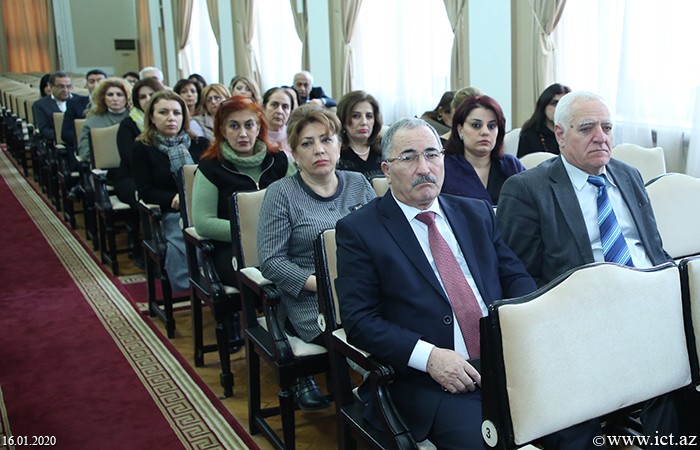 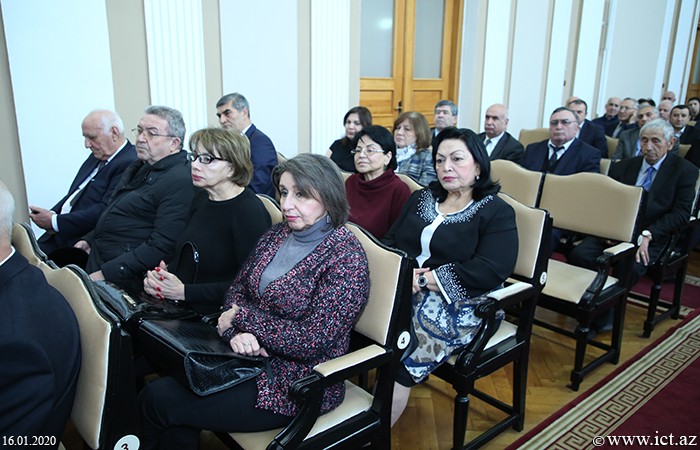 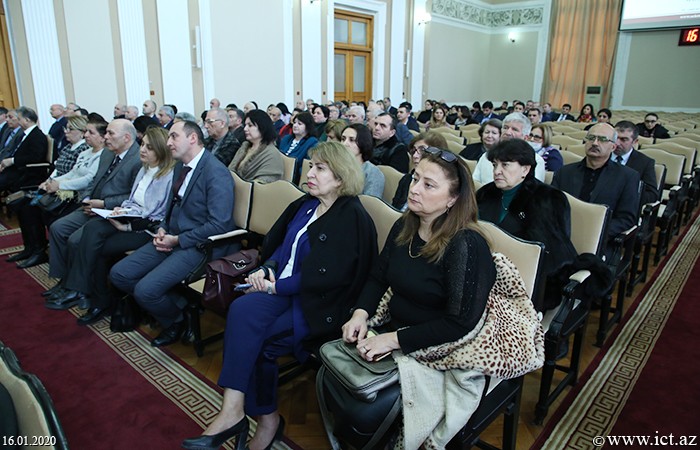 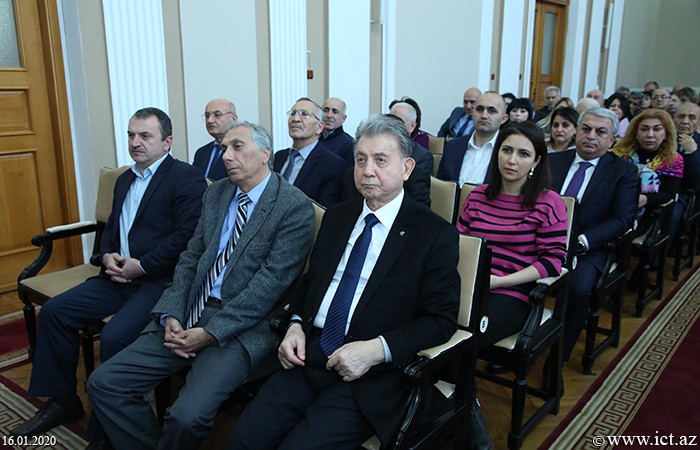 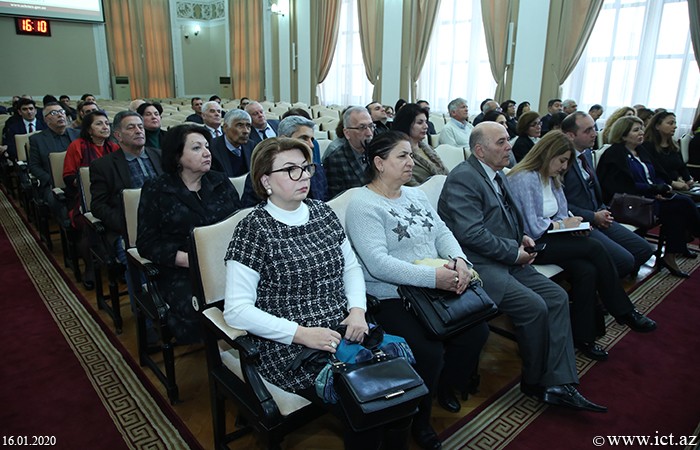 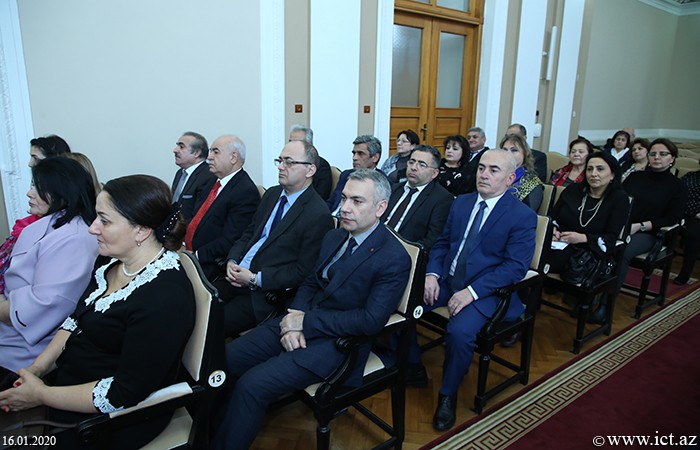 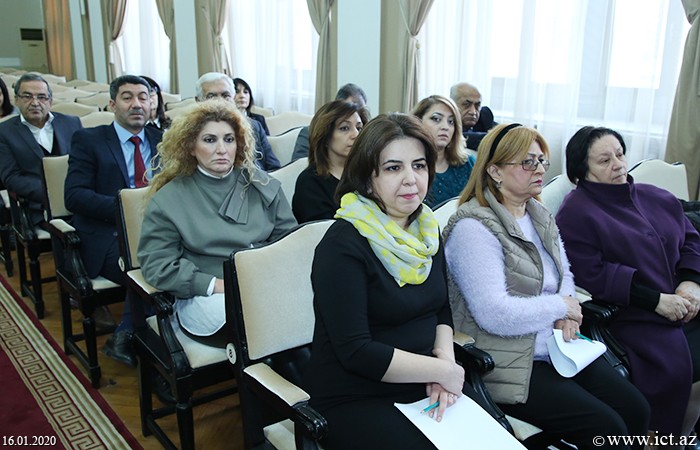 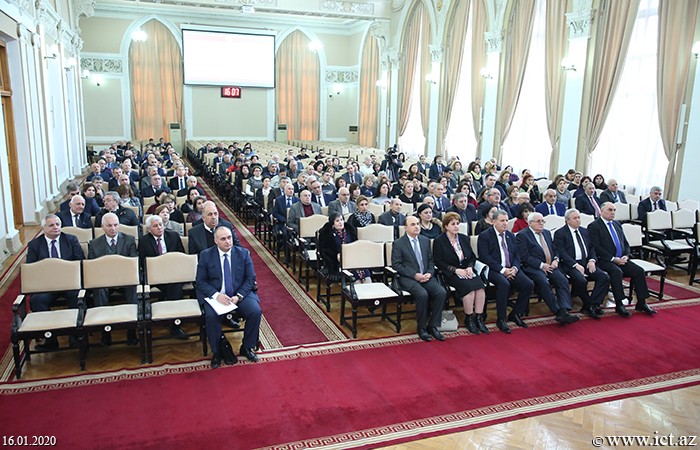 A meeting of ANAS employees with the Minister of Labor and Social Protection of the Population of the Republic of Azerbaijan Sahil Babayev was held at the Presidium of ANAS.

Opening the event President of ANAS, academician Ramiz Mehdiyev emphasized that, along with other areas, President Ilham Aliyev pays great attention to the field of social protection of the population, and added that today's meeting is dedicated to the social sphere.

Then, the Minister of Labor and Social Protection of the Population of the Republic of Azerbaijan Sahil Babayev made a report reflecting the activities of the ministry led by him. He noted that last year can be called the year of reforms carried out in the social sphere, and added that these reforms affected 42% of the country's population, that is, 4.2 million people. Having told in detail about the work carried out in the relevant field, the minister said that in 2019 minimum wages and pensions were increased: “Pension reforms were carried out last year, on average, pensions increased by 72%, including old-age pensions increased by 15%, and disability pensions - by 22%. In addition, work continued on automating the assignment of pensions.” He also noted that Azerbaijan rose to the second place among the CIS member states in terms of purchasing power index.

Stressing that one of the priorities of state policy is to increase well-being and improve the standard of living of citizens, Sahil Babayev said that management in the areas of labor, employment, social protection and security was carried out on the basis of optimal, transparent and flexible mechanisms of work, and social programs were implemented protection and active employment of sensitive groups. Speaking about the DOST project, implemented on the initiative of the First Vice-President of the Republic of Azerbaijan Mehriban Aliyeva, the Minister noted that in the future a network consisting of 31 DOST centers will be created in the country.

Stressing that 64 thousand people were provided with work in 2019, Sahil Babayev said that in total 10 thousand small businesses were created, and called this number a great success for Azerbaijan.

Speaking in detail about electronicization in the social sphere, the speaker noted that 50 of the 132 services provided by the Ministry are already electronic, electronic databases are integrated in the databases of the Ministry of Taxes of the Republic of Azerbaijan. Noting also that a social portal was created, the minister added that by entering his personal online account, every citizen can get all the necessary information.

Then Sahil Babayev listened to suggestions and answered questions of ANAS employees. During the exchange of views, important issues were raised, such as raising salaries, pensions, payments for academic degrees and academic degrees, payment of compensations for harmful working conditions, social insurance, etc. The Minister emphasized that in the future it is necessary to use the potential of domestic scientists in automating the social sphere, eliminating deficiencies existing in the legislation, making additions to the list of harmful substances, and improving the classification presented in regulatory documents.

In conclusion, the President of ANAS, academician Ramiz Mehdiyev thanked the Minister of Labor and Social Protection of the Population of the Republic of Azerbaijan Sahil Babayev on behalf of ANAS employees and noted that meetings in this format will be organized in the future.