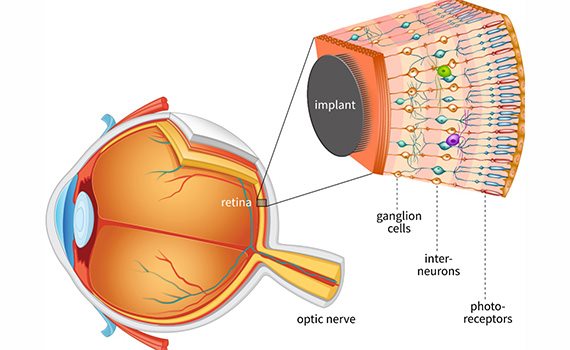 Engineers from Stanford University have created an artificial retina that does not overheat during operation. This problem was the main obstacle to the use of devices in the fight against certain types of blindness. An article describing the study was published in the IEEE journal.

The artificial retina is a sensor with a camera implanted in the back of the inner eye, which collects the light that enters the eye and converts it into electrical signals. These signals are transmitted through an array of electrodes to neurons, and then to the optic nerve in the brain, where they are processed.

Researchers have found a way to solve this problem - they reduced the amount of data that the device processes and stores, without losing the amount of visual information. The system they developed suggests that if one electrode captures a visual signal, it is processed. However, if several electrodes fix it at once, it is considered noise and is ignored.

Testing showed that the new working method allows the artificial retina to work much more efficiently without reducing the amount of visual information that passes through it.

Earlier, scientists from Google and a subsidiary of Verily developed a machine learning algorithm that is able to detect cardiovascular diseases by the retina of the eye.