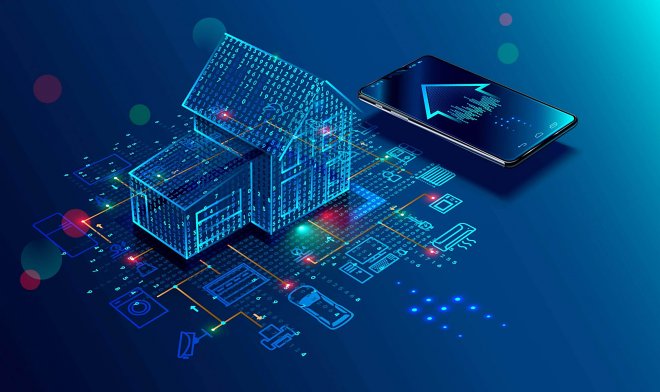 Linksys introduced Aware, a new security system for housing, based on the use of the secondary function of Velop routers of its own production. These are devices with support for Mesh WiFi technology, which create a self-organizing wireless access system within several rooms. Linksys engineers taught the routers not only to transmit data, but also to detect strange movements inside the building - that is, to perform the functions of a home security system.

One of the advantages of Mesh WiFi technology is that its cellular structure very carefully adjusts the signal quality between the router cells, carefully analyzing its parameters. If there is serious interference in the path of the radio beam, the system will select the route and signal strength to minimize their impact. And if the interference moves, the system will also continue to respond - and this is a ready-made motion detector.

The main advantage of Linksys Aware in the absence of separate sensors, it is entirely built on routers that will not cause suspicion for those who want to get inside the building. And it is very accurate - but not in the quality of motion recognition, but in the interpretation of this data. Since the original Mesh WiFi and specifically the Intelligent Mesh management program for Velop were created to maximize adaptation to user habits, then Linksys Aware will not be difficult to learn to distinguish grandmother from a cat and both of them from a stranger, so as not to raise a false alarm.

Linksys says they are on the verge of a new era when routers from a fragment of a “smart home” will turn into its basic element, a universal communications system. The novelty so far works only in conjunction with the expensive Velop routers and is delivered by subscription at a cost of $ 2.99 per month. However, when compared with highly specialized motion detection systems, this solution can be much more profitable.