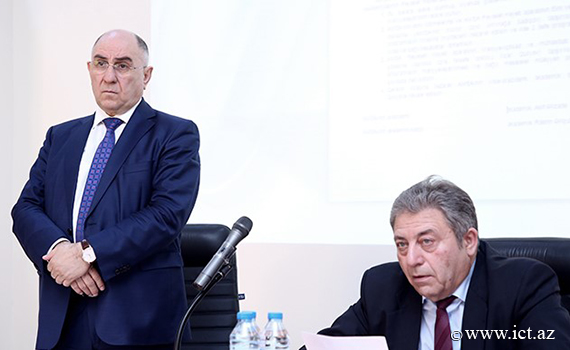 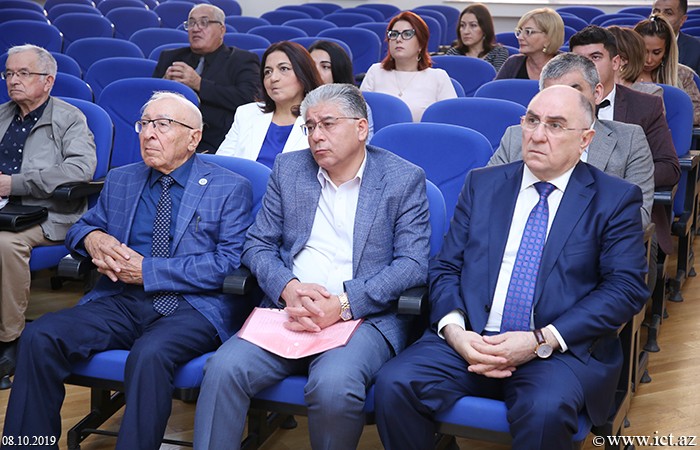 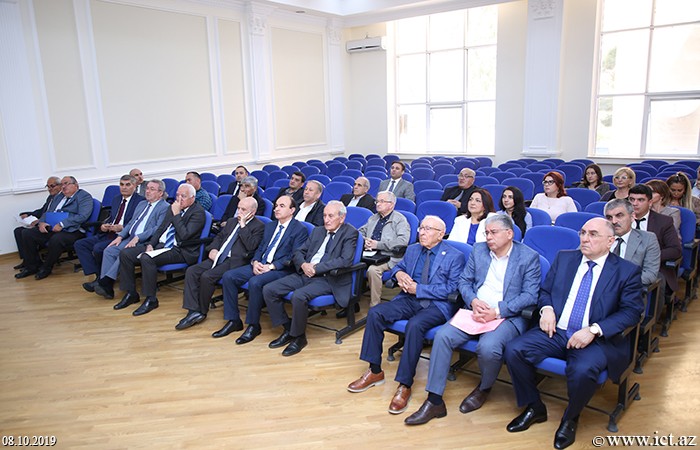 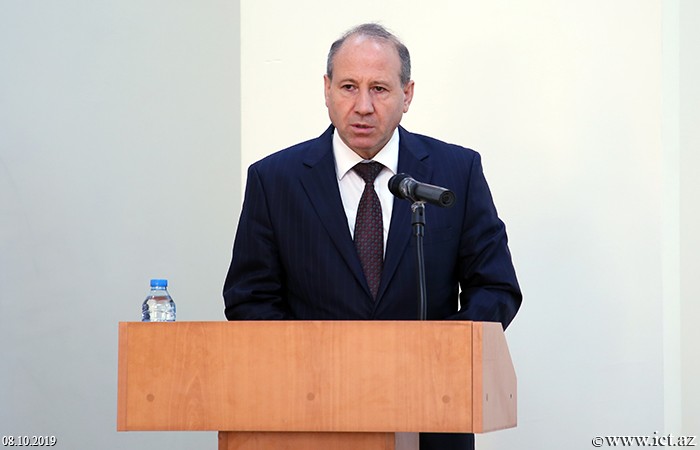 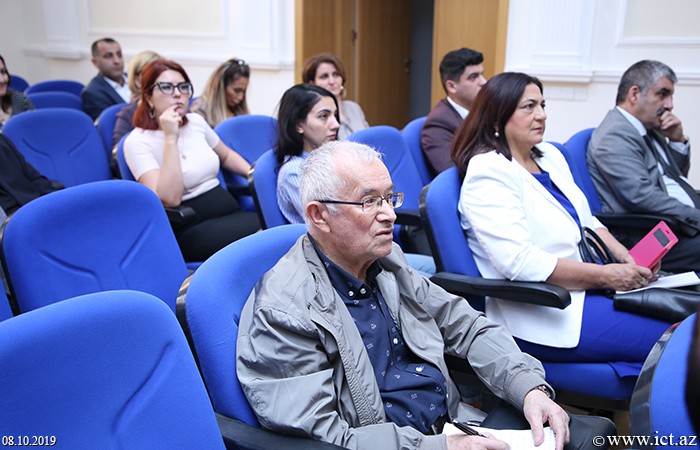 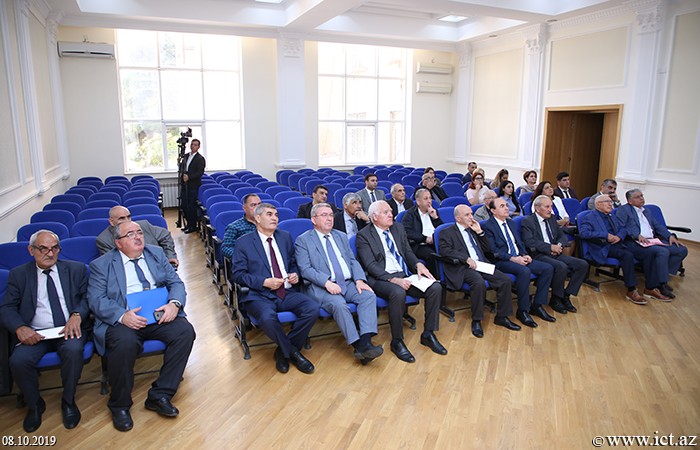 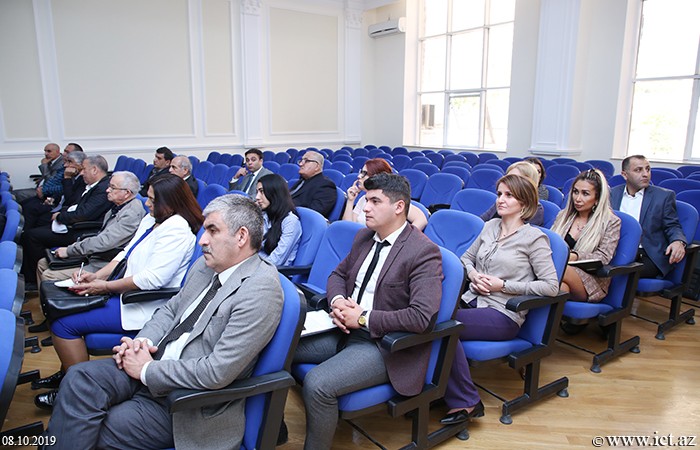 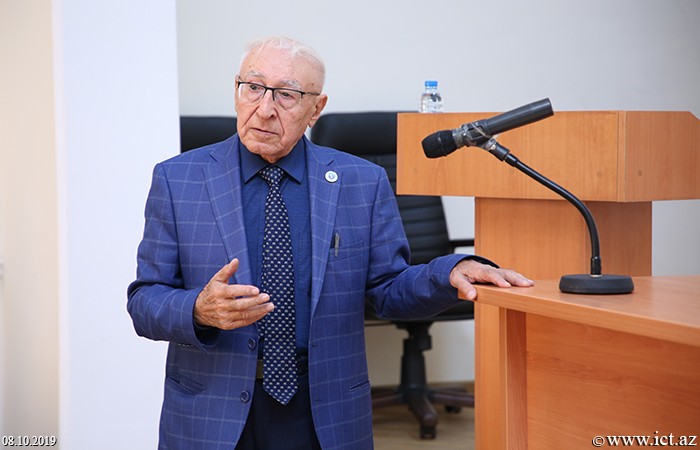 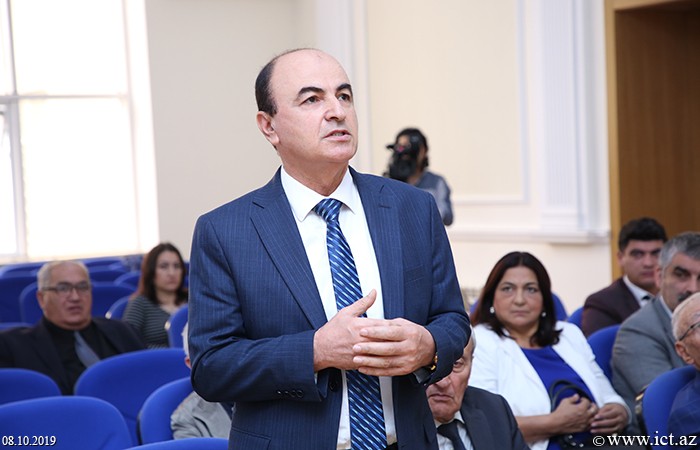 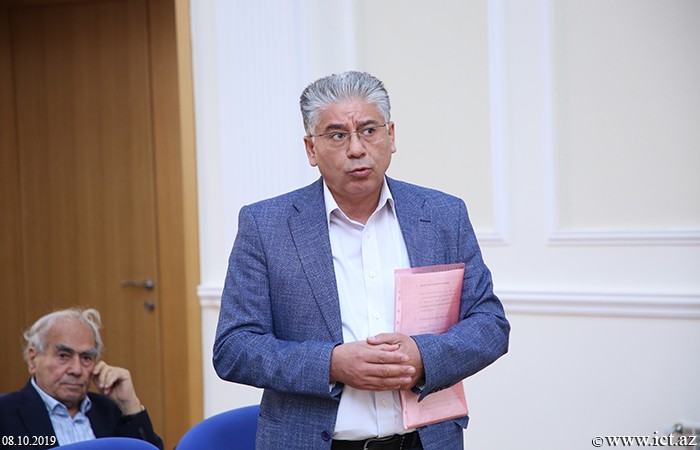 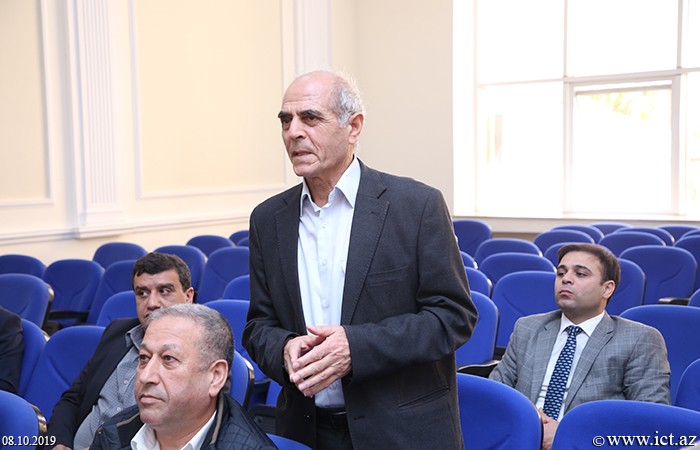 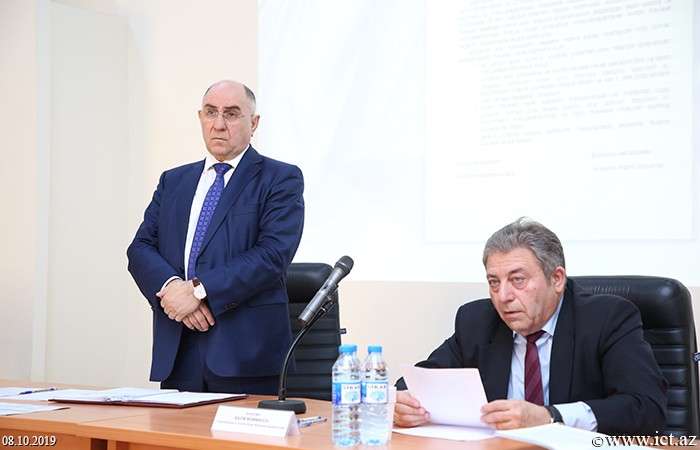 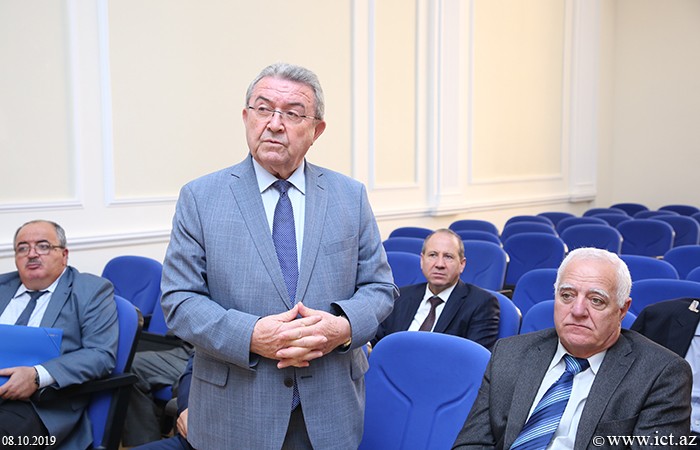 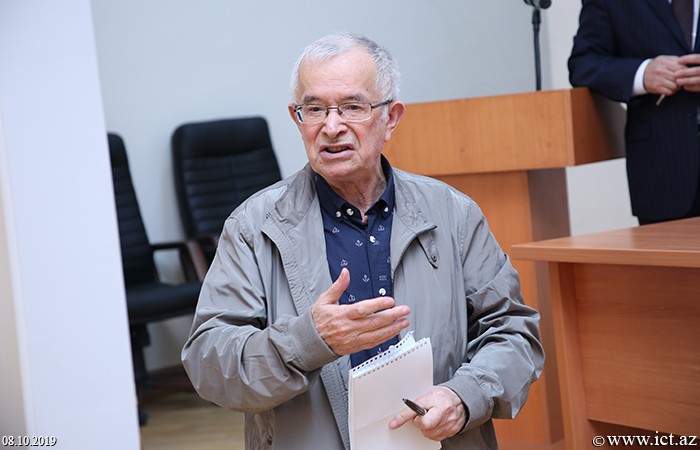 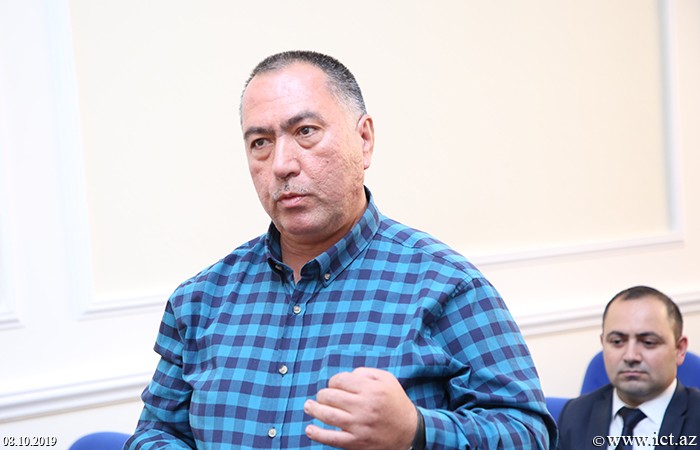 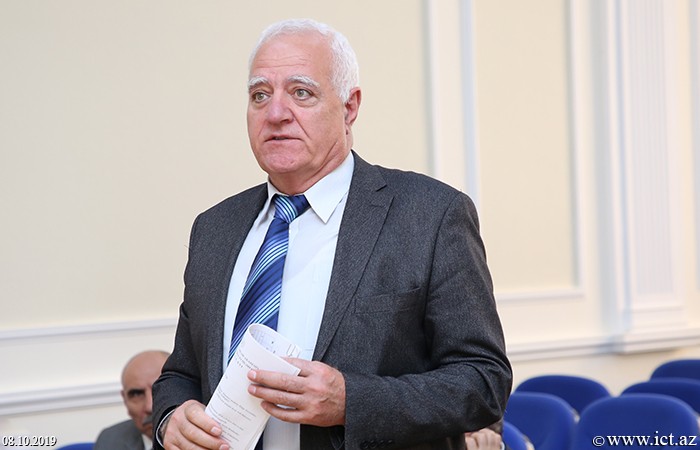 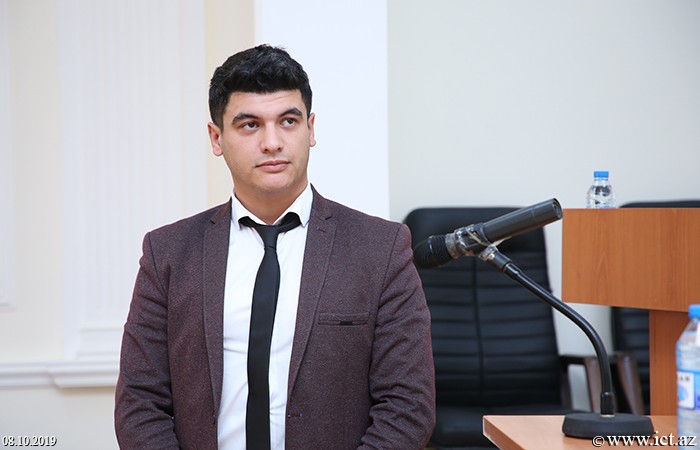 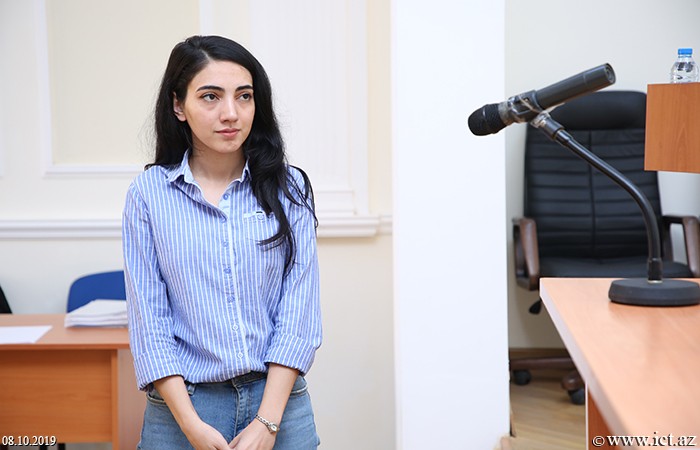 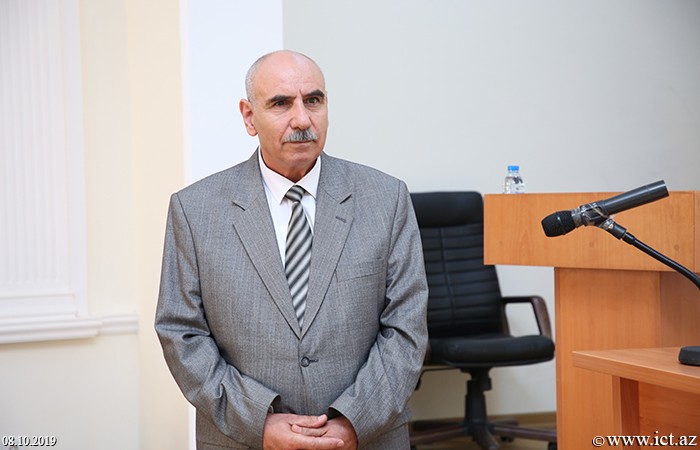 ANAS Division of Physical Mathematical and Technical Sciences held a meeting at ANAS Institute of Control Systems on October 8. The event was attended by the vice president of ANAS, members of the bureau, heads of relevant scientific institutions, as well as a number of scientists and experts.

Academician-secretary of the DPMTS, academician Nazim Mammadov opened the event, informed the participants on the agenda issues. He noted that, a number of scientific, organizational and personnel issues will be discussed at today's session.

The deputy chairman of the Higher Attestation Commission under the President of the Republic of Azerbaijan, corresponding member of ANAS Vali Huseynov, who presented the report, said that on July 4, 2012, as a result of research at the Large Hadron Collider, a new neutral particle with a mass of about 125-126 GeV was discovered.

The discovery of the Higgs boson with characteristics corresponding to the predictions of the Standard Model was carried out by two LHC experiments: ATLAS and CMS. As a result of the analysis, the existence of some deviations from the standard model was identified as a scientific problem.

V.Huseynov said that, regarding Higgs observed in the ATLAS and CMS experiments, a number of questions remained open. He said that, the answer to these questions was to study the fragmentation of a single neutral magnet with a magnetic field mass in a pair of W-bosons.

ANAS Vice-President, academician Rasim Alguliyev shared his opinion on the report and said that this topic relates to the priority areas of Azerbaijani science. The scientist noted that, it is advisable to provide a report for discussion by the Presidium of ANAS, emphasized the importance of scientific work in priority areas.

According to the decision of the Department, the report considers important scientific significance for elementary particle physics, cosmology and astrophysics, from the point of view of studying the Universe. The study of the interaction of elementary particles with external magnetic particles and their potential application in astrophysics, cosmology and laboratory conditions was considered an important scientific problem and it was considered advisable to involve doctoral students and undergraduates in these studies.

An application was proposed to the Presidium of ANAS to provide comprehensive support, including financial support, for conducting relevant studies in the field of particle physics, cosmology and astrophysics, which is a separate unit of nuclear physics in the priority areas mentioned in the scientific report.

Then, academician R.Alguliyev delivered a report on the organization of the report of the Division of Physical, Mathematical and Technical Sciences of ANAS on scientific, scientific and organizational activities for 2019. He proposed holding a meeting for two days to discuss agenda items. The scientist noted that, the necessary conditions will be created for listening to the reports of other scientific and educational institutions, as well as ANAS members.

Speaking about the proposals of the “National ANAS Development Program for 2020–2025”, R.Alguliyev spoke on the work that will be done in the next 5 years, research in priority areas, the integration of science and education, and other pressing issues. Academician also emphasized the importance of preparing comprehensive proposals for the Bureau He noted that, changes and development trends in our country in the modern period require serious scientific support, in this situation and the department faces a number of serious tasks.

R.Alguliyev added that, in order to increase the social status of workers, implement social policies, train highly qualified personnel and develop electronic science, it is necessary to study the world experience and scientists need to take comprehensive measures to introduce it in our country.

The meeting also discussed proposals to strengthen the material and technical base of research institutions of the Division of Physical and Technical Sciences. It was noted that, some institutions and organizations should be provided with up-to-date software. It was recommended to prepare proposals and submit them to the Presidium of ANAS on the issue of improving the network infrastructure of institutions included in the Division of Physical Mathematical and Technical Sciences, the acquisition of scientific equipment, etc.

At the end of the event, a number of personnel and organizational issues were discussed.