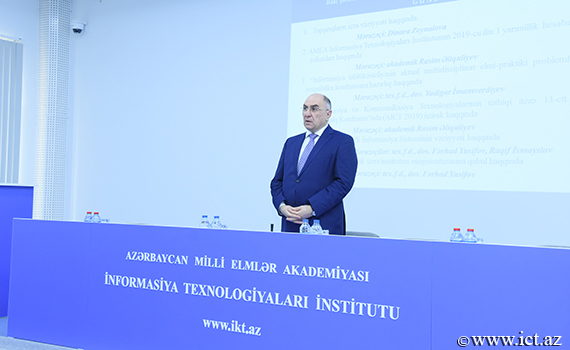 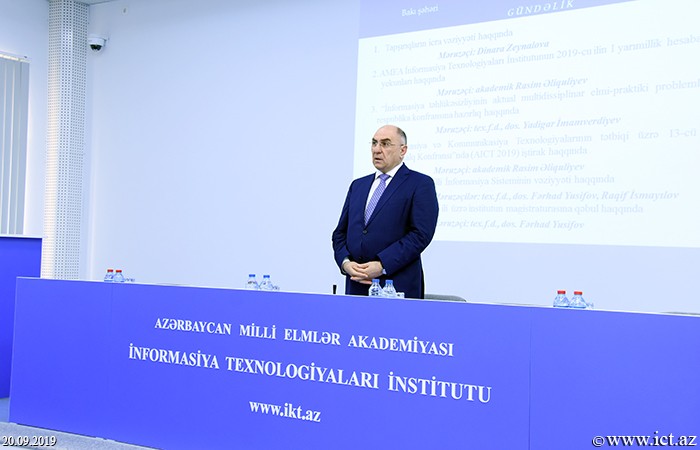 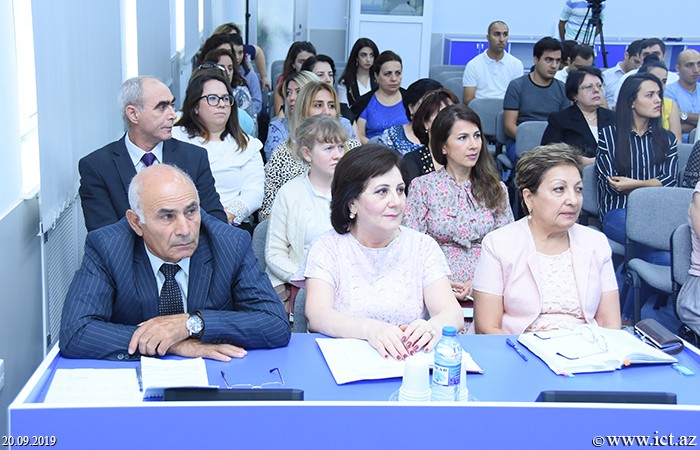 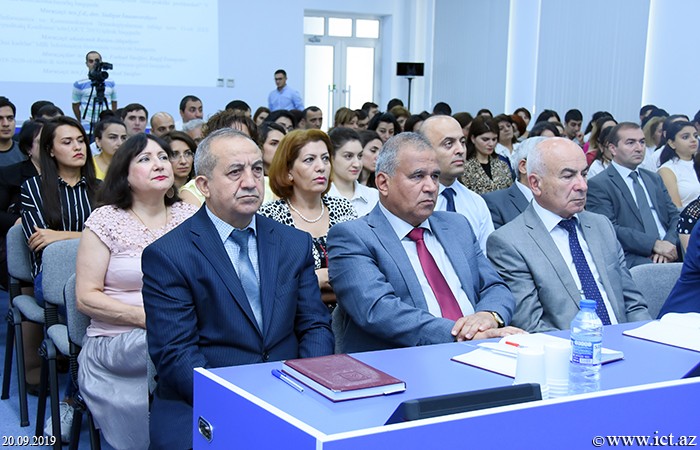 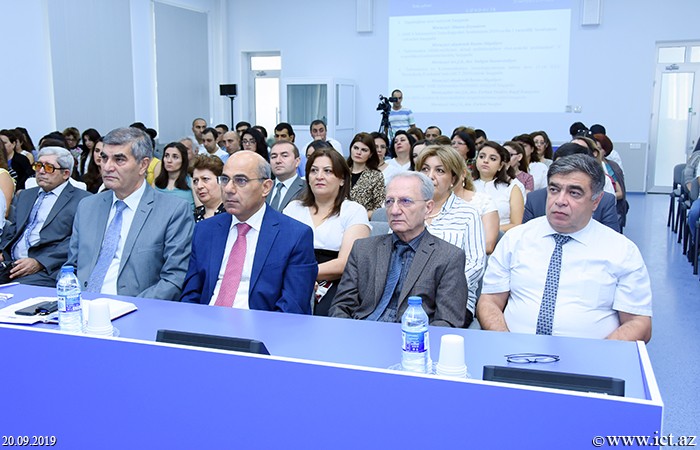 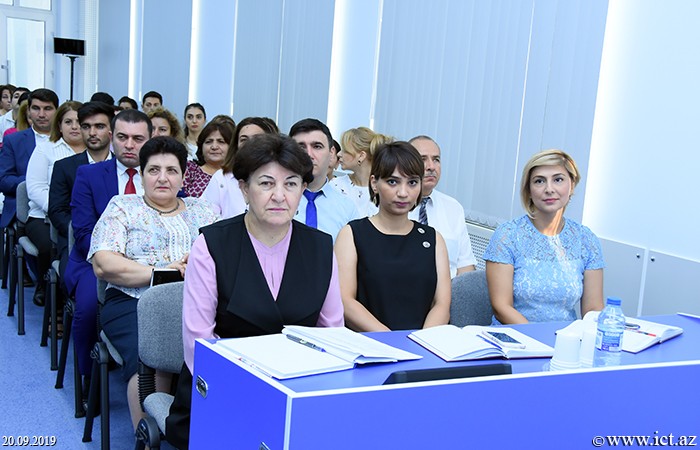 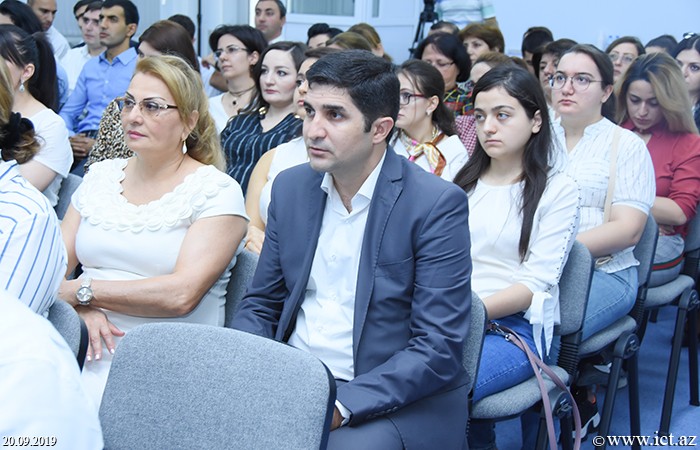 Academician Rasim Aliguliyev: “Our main goal is the further development of the scientific potential of the institute” 20.09.2019    13:45 / Conferences, assemblies

This idea was voiced at the next meeting of the Scientific Council of the Institute by Vice President of ANAS, Director of the Institute of Information Technology, Academician Rasim Aliguliyev. Talking about the results of the report for the first half of 2019, the scientist gave information on scientific and innovative and scientific and organizational activities, on the work done in the framework of international scientific cooperation, research, and other activities.

R. Aliguliyev informed that in the first half of 2019, the Institute will work on Big Data analytics and data mining technologies, information security, cyberspace research, cloud computing, e-government, e-science and e-learning, software development, research in the field of artificial intelligence and socio-information technologies, scientific and theoretical problems of electronic education and other priority issues.

R. Aliguliyev informed about the work done in the framework of scientific and innovative activities and informed about state programs in which the institute took part, participation in projects financed by the Scientific Fund of the State Oil Company of the Republic of Azerbaijan. The scientist noted that work was done to integrate the educational network AzEduNet.az into the scientific network AzScienceNet, and several other educational institutions joined the network AzScienceNet.

Talking about the activities of the Training and Innovation Center of the Institute, R. Aliguliyev said that work had been done on teaching  "Computer Science" to all doctoral students and dissertators of the country, passing exams in this subject.

R. Aliguliyev brought to the attention of statistics on seminars held in the departments of the institute for the first half of 2019, spoke about the events organized by the institute, as well as about meetings with representatives of various institutions.

ANAS Vice-President also spoke about the work done in the framework of international scientific cooperation. According to the scientist, the institute cooperates with various international organizations and associations, participates in international projects, creating regional telecommunication networks, holds international conferences, trainings in our country and abroad, and the institute's staff conduct joint research with foreign scientists.

The academician noted that in the first half of 2019, in the framework of cooperation with the GEANT Association, he participated in the report of the countries participating in the EaPConnect project to the European Commission, held on March 11-14, 2019, at the meeting of the GEANT General Assembly - March 18-21, 2019, 8 April 10–10 at the “Workshop on Social Work”, organized as part of the GEANT Association’s EaPConnect project, at the TERENA Networking Conference 2019 (TNC19), which was held June 16-21.

Stressing the importance of the active participation of young people in the scientific life of the institute, R. Aliguliyev advised them to conduct research that meets international standards and modern requirements.

At the end of the event, a wide discussion was held regarding the report, and numerous questions and suggestions were voiced.