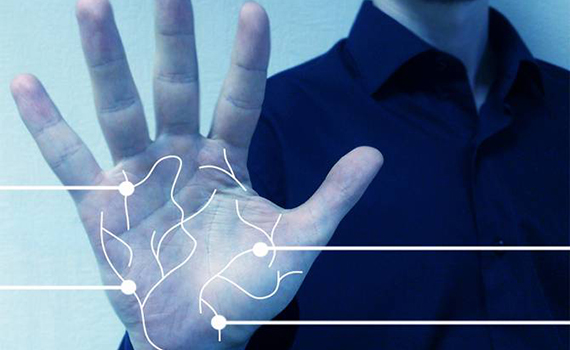 China has developed a system for remote recognition of a person by drawing veins on his arm 18.09.2019    11:36 / Technological innovations

Chinese researchers have developed technology for remote recognition of people by a unique pattern of veins on his hands. The creators believe that in the future it will be able to replace the QR code and facial identification. It is reported by Zhongguo Xinwenwang.

The technology, called AirWave, is based on artificial intelligence. It allows you to distinguish between the location of large veins and capillaries. To pass the identification, the user just has to wave his hand.

The underlying veins and capillaries located under the skin are unique and more complex than the system of roads in the metropolis, Zhongguo Xinwenwang quotes Xie Qinlu, the founder of Melux. Tsinlu said that their development can accurately recognize one hand out of a billion others in less than three tenths of a second.

According to the developer, their technology is already being applied in some cafes and in separate public areas of government offices in southern China's Guangdong province. Now his company is in talks with the Guangzhou Metro operator to use AirWave on this form of public transport.

Such technologies, the head of the company believes, will be able to replace cash payments, bank cards and QR codes in the future and will be widely used in such areas as finance, public transport and public safety.