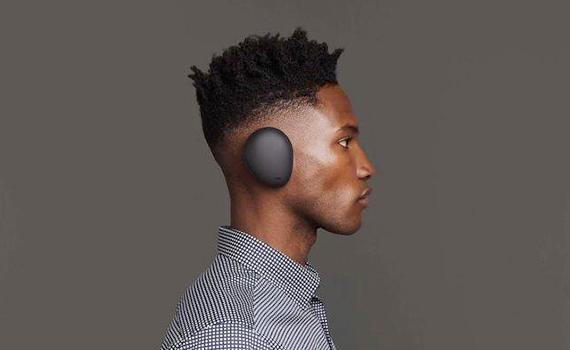 Human Headphones - One of the Strangest But Comfortable Headphones In The World 17.09.2019    16:41 / Technological innovations

eattle, United States Human Inc. launches fancy Human Headphones. They do not need arcs for mounting on the head, the devices are simply worn on the ears. This is not so much a device for reproducing sound as a new multi-functional platform that can take on various functions of a smartphone.

Human Headphones are held on the user's head due to their low weight, only 46 grams, and a special pressure plate. The developers claim that they spent a lot of time designing a design that would fit any type of ears. They managed to fit enough power in a compact case so that the device itself could carry out digital sound processing without communication with a smartphone.

For example, super-headphones have an integrated translator with dictionaries for 11 languages. It works in three modes - for personal communication, group or in motion. Management - touch, on the outside of each ear cushion. Between each other, both halves of Human Headphones communicate via Bluetooth.

The headphones have a wireless module with a range of up to 30 m, they can be connected to a smartphone as a headset, and the platform also has the potential to integrate new voice communication mechanisms when they appear. The cost of the device is $ 259 for early buyers, in the future the price will rise to $ 399.