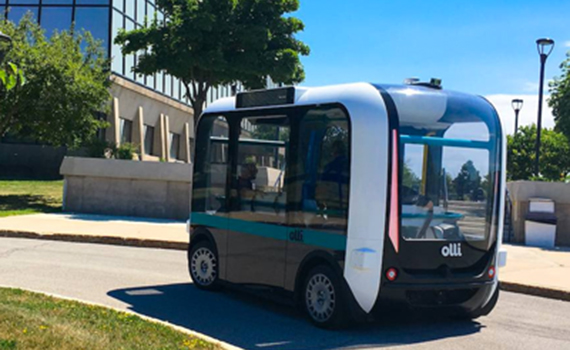 Back in 2016, Local Motors introduced the unmanned Olli bus, the development of which was carried out jointly with IBM. Collaboration with a reputable computer manufacturer allowed the young company to take advantage of the achievements in the field of artificial intelligence. The result of the research was the updated Olli bus, the manufacture of body parts of which was carried out using a 3D printer.

At the time of development, Olli is not ready for street use. The model is designed for low-speed mode and movement in closed areas like hospitals, military zones or recreation centers.

Compared with its predecessor, the second generation Olli has received a number of improvements. From a single charge, he is able to travel up to 160 kilometers, and the passenger capacity of the bus is 12 people. The maximum speed reaches 40 kilometers per hour. A feature of the model was the fourth-level autopilot, which allows you to do without human help, but only in certain conditions.