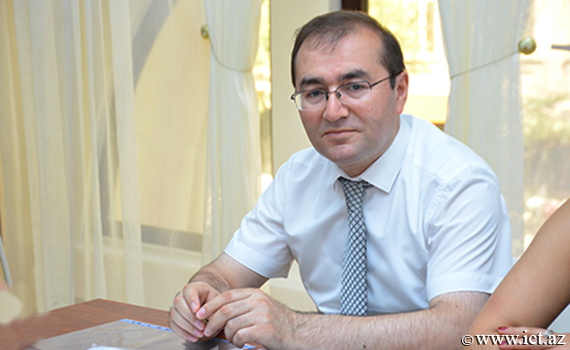 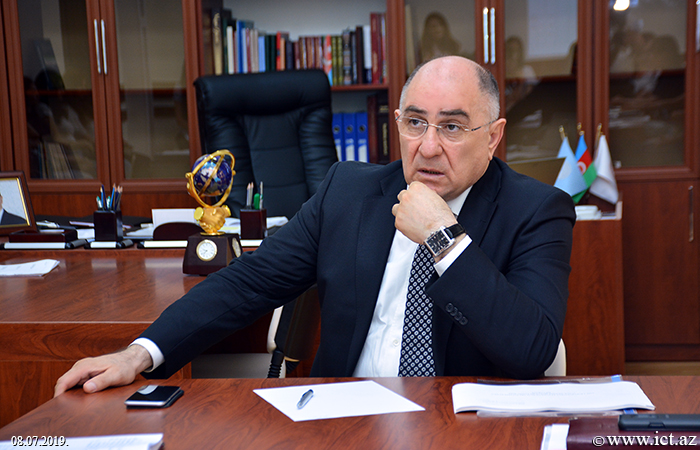 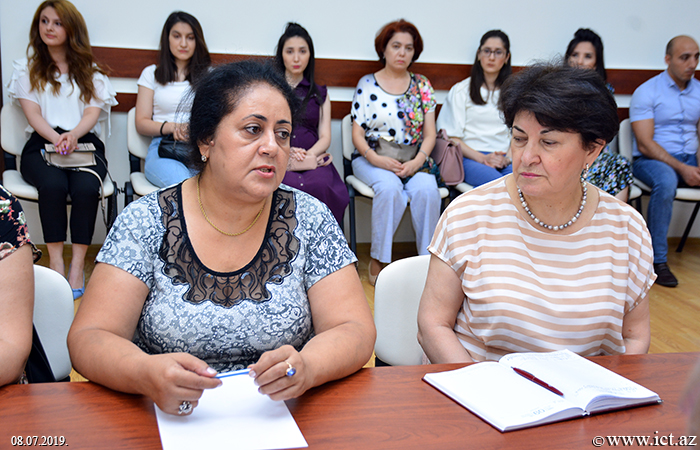 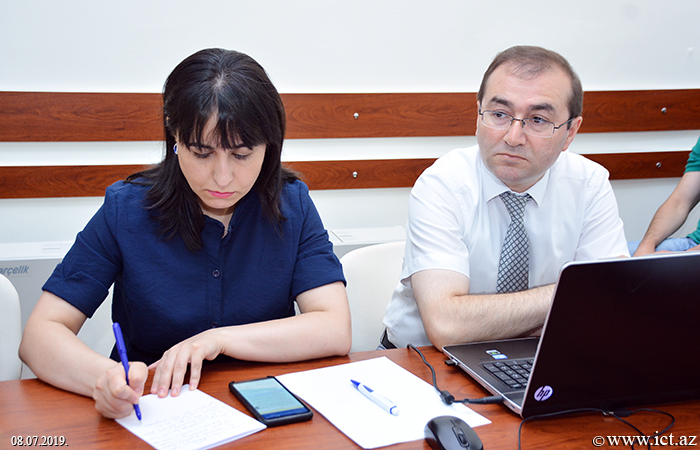 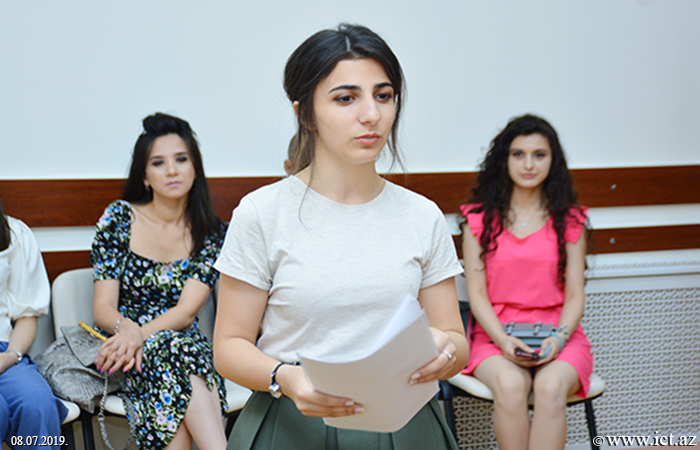 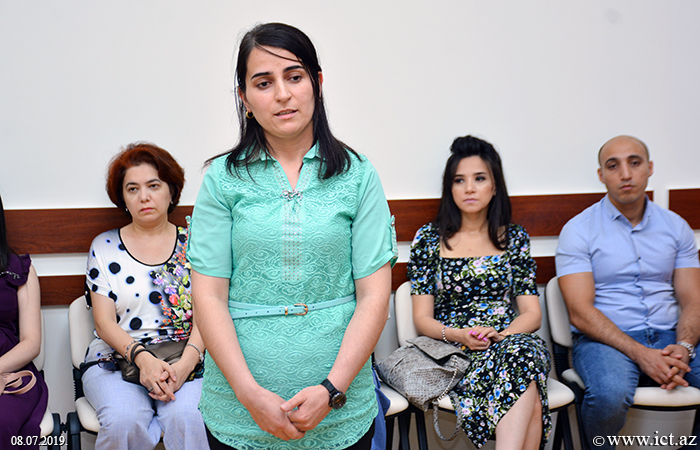 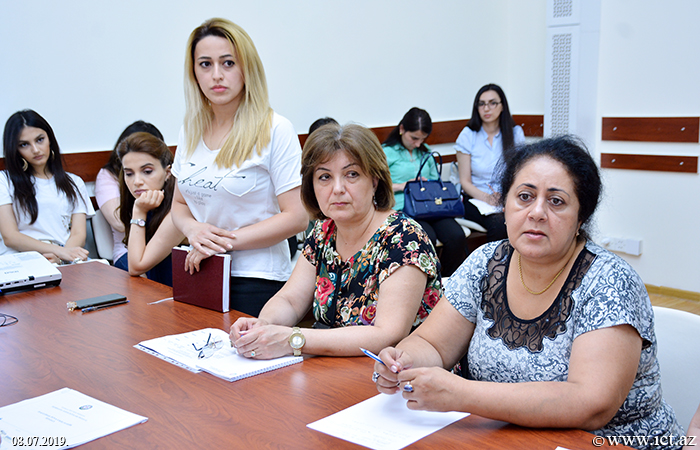 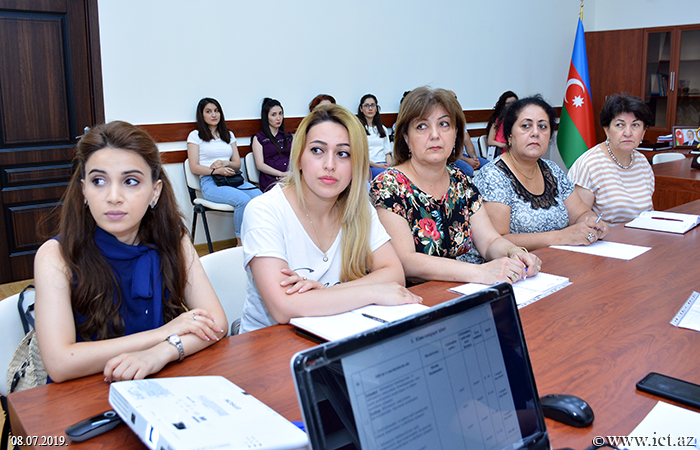 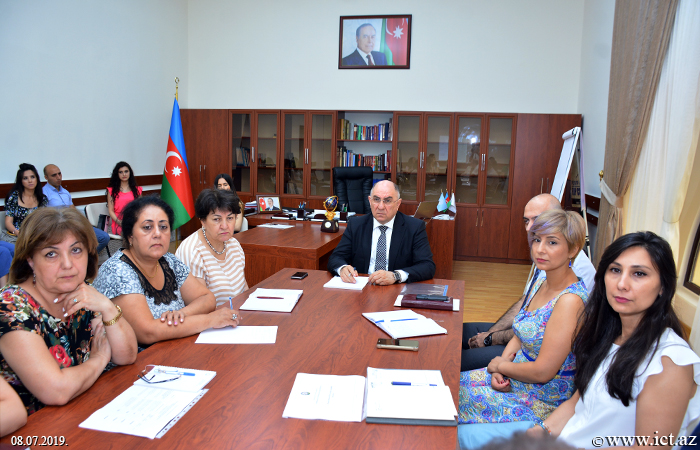 The semi-annual report of the Department №17 of the Institute of Information Technology of ANAS was delivered. The report was presented by the head of the department Rasim Mahmudov. He informed about the research work done in the department. According to him, this year, the problems on formation of electronic government, problems of the information society, scientific and theoretical problems of Internet science, the of information warfare technology, as well as interdisciplinary problems of forming social networks were researched.

R.Mahmudov spoke about the work done on the topic “Development of mechanisms for the formation and effective management of an electronic government”. He noted that a conceptual model of the e-demography system was developed on the electronic government platform, the evaluation of candidates based on the fuzzy multidimensional evaluation model, the Fuzzy TOPSIS + Ranking of triangular fuzzy numbers method and the Big data analysis platform.

The speaker said that personal data and their role in the national mentality, the interaction of information security with other components of national security, as well as the formation of the Big data ecosystem were studied.

He also brought to the attention information about the research on the topic “Development of mechanisms, methods and algorithms of the system of social crediting of citizens on the e-government platform”, and noted that the possibilities and prospects of social credit mechanisms in managing the electronic government are investigated, and a method for assessing the social status of citizens is developed in the electronic state, social relations in society are analyzed on the basis of individual information collected in the electronic state environment.

R.Mahmudov gave information about the work done in the field of intellectual analysis of electronic services, methods and algorithms for analyzing social networks in the corporate education environment, developing mechanisms for monitoring and evaluating Internet media resources, developing an ethnobotanical information system and methods and algorithms for creating an intelligent demographic system on electronic state platform.

He also noted that the young researchers of the department conducted research on the software of information security in corporate information systems, the formation of journalism based on artificial intelligence, the scientific and theoretical foundations of the knowledge economy.