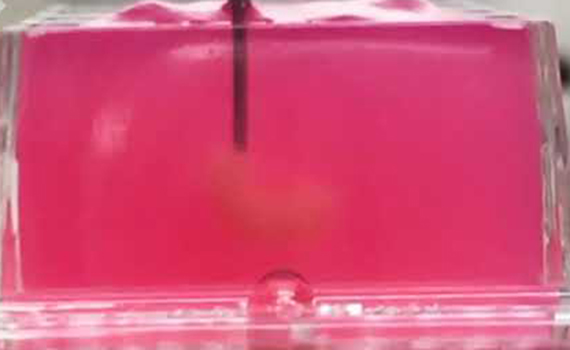 Some people find it hard to believe, but technological progress has reached such a level that there is already an established 3D method for printing human organs in the world. Its essence lies in taking samples of living cells, and their artificial reproduction on the surface of supporting structures of a certain shape.

The technology seems perfect, but there is no limit to perfection - researchers from the University of Illinois in Chicago were able to print the organ even without using a frame. As a result, the process took much less time than usual.

As a rule, the thinnest plastic threads are used as a forming base for printing organs. Being fixed on their surfaces, tissue samples taken from a person begin to establish interconnections and thus form the structure of a future organ. Subsequently, the plastic base self-destructs under different types of influences, for example - under ultraviolet light.

The established technology of 3D printing of organs has at least three drawbacks. Firstly, it is extremely difficult for researchers to determine the time when the created tissues reach maturity - eventually plastic threads can dissolve ahead of time. Secondly, during the dissolution of the “scaffolding”, toxic substances can form that can make an artificial organ unsuitable for transplantation. Thirdly, the skeleton may prevent the cells from forming bonds, due to which the tissue may form incorrectly.

As an alternative to plastic threads, a team of scientists led by Professor Eben Alsberg suggests using a hydrogel block consisting of a multitude of microscopic globules. These balls are quite capable of retaining "ink" from tissue samples in three-dimensional space, without interfering with the cells to interact with each other and receive nutrients.

As soon as the tissues reach maturity, the hydrogel decomposes on its own, or during gentle mixing. In the end, in the middle of the vessel, only the formed organ remains - using this approach, scientists have already printed the rodent's femur and auricle.

Some time ago, 3D printing could only be applied to small organs, and it was impossible to create full-sized hearts and lungs. In 2019, the situation changed radically because researchers from the University of California at Berkeley came up with a new printing method, which involves the use of a cryogenic camera and a robotic arm.