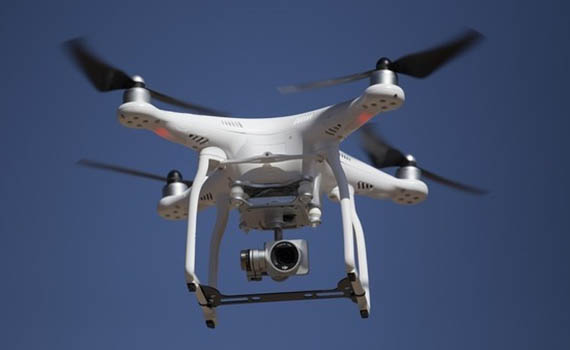 The efficiency of quadcopters increased with the help of self-learning neural network 12.06.2019    10:14 / Interesting information

A group of researchers from the University of California at Irvine presented a quadrocopter capable of independently adjusting the rotation of the screws to carry out operator commands, as well as make a soft landing. The latter possibility, achieved with the help of a neural network, distinguishes development from other autonomous aircraft of this kind.

Experts explain that it is quite difficult for “ordinary” quadrocopters to perform a soft landing since the algorithm needs to take into account many factors, including the screen effect. This concept refers to the flow of air, reflected from the ground and representing something like an “air cushion”, preventing a smooth and uniform decrease in height.

To solve this problem, scientists have decided to use a neural network - a technology that represents the most similar to artificial intelligence actually existing phenomenon. Such an algorithm “independently” studies a large amount of information and reveals patterns, after which it turns out to be able to act in an unfamiliar situation, relying on these data. Unlike traditional programming, this approach allows algorithms to solve fundamentally more tasks and to constantly improve.

In the case of a quadcopter, the neural network was required to process an array of data on various landings and learn how to choose the optimal rotational force of each of the screws in a particular situation. This allowed the aircraft not only softer to touch the ground, but also much better to fly at low altitude.
Scientists reported on their development during the ICRA 2019 scientific conference in Montreal, and the preprint of the relevant scientific work was presented in the Cornell University electronic library arxiv.org.

Today, such neural networks beat professionals in board and computer games, help astronomers search for new planets from distant stars, and forensic experts predict burglary, contribute to the efficient operation of online translators, and this is not a complete list. The artificial intelligence “tries itself” quite successfully in the work too - last year the picture for the robot was sold at 432,000 dollars, the robot painted the picture, and two years earlier the robot became a finalist of the Japanese literary prize named after science fiction writer Hoshi Shinichi. Not so long ago, Google created an algorithm that allows each Internet user to create their own composition "in the style of Johann Sebastian Bach" using a neural network. And an engineer from China named Hee Hee, representing Stanford University, even announced plans to develop artificial intelligence capable of joking.