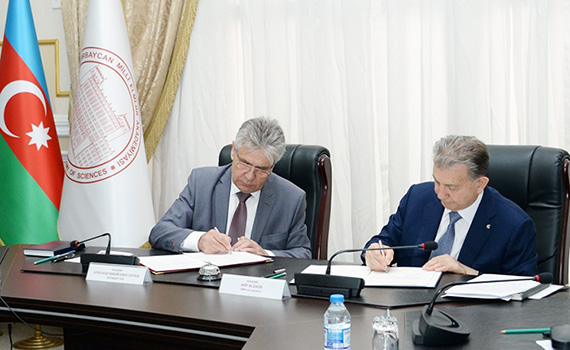 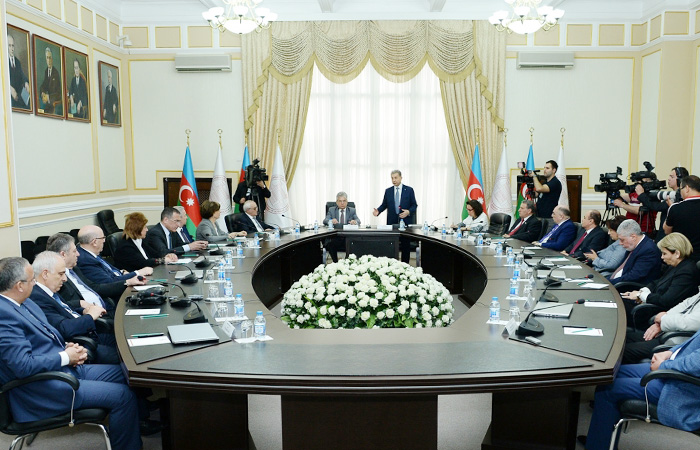 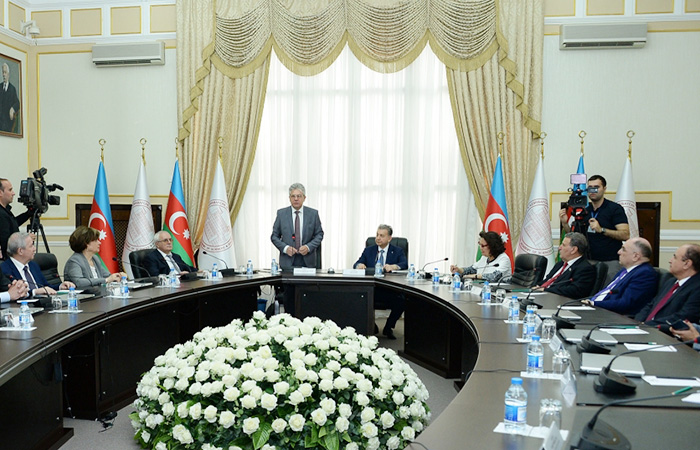 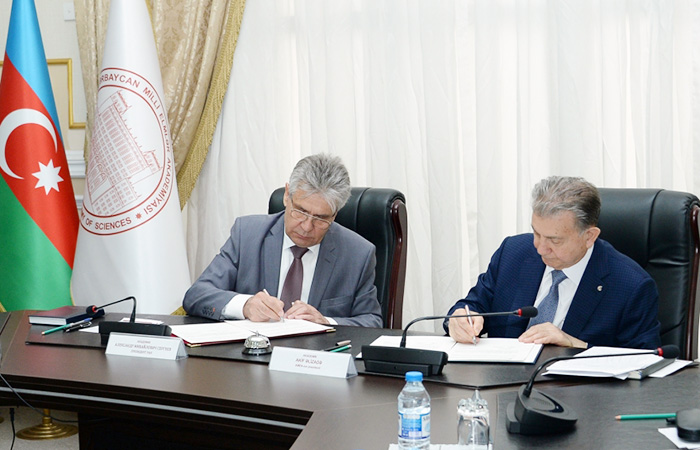 ANAS and the Russian Academy of Sciences signs an agreement on scientific and technical cooperation 21.05.2019    13:36 / Important events

A delegation led by President of the Russian Academy of Sciences, academician Alexander Sergeyev is on an official visit to our country.

Today, the guests honored the memory of the national leader Heydar Aliyev in the Alley of Honor, laid wreaths and flowers at the tomb. The well-known ophthalmologist, academician Zarifa Aliyeva was also commemorated, and flowers were laid in front of her grave.

Then, the Presidium of the National Academy of Sciences of Azerbaijan held a meeting with the delegation headed by the President of RAS academician Alexander Sergeyev.

Academician Akif Alizadeh welcomed the guests and spoke about the fruitful cooperation between ANAS and the RAS. Noting that he was accompanied by President of the Academy of Sciences of the USSR academician M.Veldjam about 50 years ago and noted that the establishment of the Academy of Sciences of the Azerbaijan SSR on March 27, 1945, played a great role in the development of the country's science. In 2018, according to the relevant decree of President Ilham Aliyev, March 27 is celebrated as "Science Day" in our republic.

Speaking about the importance of the agreement, Akif Alizade said that such a document was signed between the two organizations 20 years ago. However, taking into account the challenges of modern science and multidisciplinary nature of many scientific fields nowadays, it is necessary to sign an agreement on further cooperation in the field of science, new technologies and innovation activities, and to sign a new cooperation agreement aimed at strengthening scientific relations between the two institutions in various fields.

Academician Aleksander Sergeyev expressed his gratitude to the leadership of ANAS for the sincere reception and noted that he met with President Ilham Aliyev today. The main purpose of his visit to Azerbaijan was to strengthen and expand bilateral scientific ties.

Speaking about the importance of signing the agreement, academician Alexander Sergeyev spoke about the future perspective. He noted that the scientific fields such as mineral resources, biodiversity, ecological problems of the Caspian Sea, influence of Caspian Sea on climate and demographic conditions, oil chemistry, nanotechnologies, space research, medicine and pharmacology, history and archeology are the priority directions.

Later, academician Ibrahim Guliyev, vice-president of ANAS, made a number of proposals on future research. He noted that the study of the biosphere of the Caspian Sea, the study of paleogenetics and the biodiversity of the Caucasus are needed.

Vice President of the RAS, academician Talia Khabriyeva in her speech said that the Caspian dialogue would have a positive impact on the organization of joint research in the fields of economy, ecology, energy and ethnic migration, as well as improving the legal framework for the Caspian Sea.

At the end, an agreement on scientific and technical cooperation was signed between ANAS and RAS. The document includes the development and implementation of joint scientific and scientific-technical projects on science and technology priorities, exchange of knowledge, experience and information, training of highly-qualified personnel, and holding joint events.