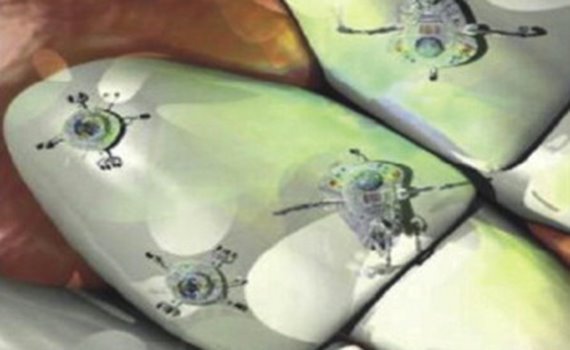 Dentists recommend at least a couple of times a year to undergo oral hygiene - a rather unpleasant procedure, during which teeth are cleaned of plaque and stones. No matter how terrible it may sound, in the future robots can do this, but it’s not worth being afraid - in fact, patients will just need to fill their mouths with liquid and sit under a magnetic field. The technology was invented by researchers from the School of Dental Medicine at the University of Pennsylvania, and it has already proven its effectiveness, and not only in dentistry.

The idea behind this technology is that it does not work properly: it is a group of students who have been working on a project, which is impossible to build and maintain. The first group made up tiny robots from nanoparticles oxide groove, so you can manage the magnets. In one or more time, a group of people have discovered that the rust or the thin oxide groove, when combined with hydrogen peroxide, kills bacteria and destroys teeth.

Essentially, dental plaque is a biofilm that consists of many microorganisms that are closely interconnected and firmly attached to the surface. Such a film can be formed not only on the teeth, but also on the medical equipment, and even more so inside the water pipes. Consequently, the technology has potential benefits not only for dentistry but also for other areas.

It is much better than other methods for the destruction of biofilms since the current methods are not able to simultaneously destroy the protective layer, destroy bacteria and physically remove decaying residues. Iron oxide robots, in turn, do an excellent job with all this.

Perhaps in the near future, dentistry will make a strong leap forward. Scientists are also developing a new type of dental fillings with a lifespan of more than 7-10 years. Read more about them in our material.

Would you go for oral hygiene using such robots? Maybe you see some danger in them? Share your opinion in the comments, or in our Telegram-chat.