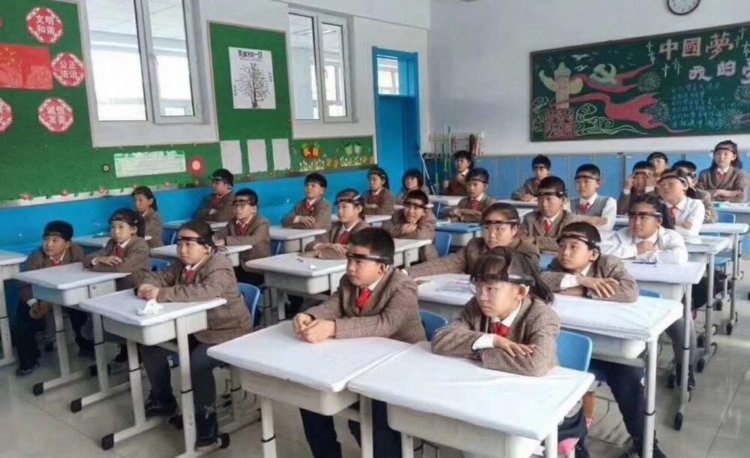 The Chinese education system is getting tougher. Last year, classes of some schools of the Middle Kingdom equipped with facial recognition systems in order to follow the pupils in the classroom - whether they concentrate on the lessons or do not quite what they should have done. The experiment showed a positive result. Knowing that they were being watched, the students really began to behave more attentively in class and listen to the teacher, and not, for example, to draw in books. This year, the leadership of several Chinese schools went even further.

It obliged its students to wear special “bandages”, with the help of which the student’s brain activity is monitored and it is determined whether the student is focused on the lesson, reports The Next Web.

The bandage itself, resembling rather a hair band and dubbed the Focus 1, was developed by the American company BrainCo Inc. from Boston in collaboration with scientists from the Harvard Center for Cognitive Psychology about two years ago.

It uses compact EEG sensors that monitor whether the student listens carefully to the teacher or hovers somewhere in the clouds. The collected information is immediately transferred to the teacher’s computer in real time.

The Next Web a similar approach allows teachers to develop a more efficient and interesting approach to learning. For example, if a teacher notices that certain students in a classroom often lose concentration in a lesson, then he can either rework his teaching plan or offer these students individual lessons.