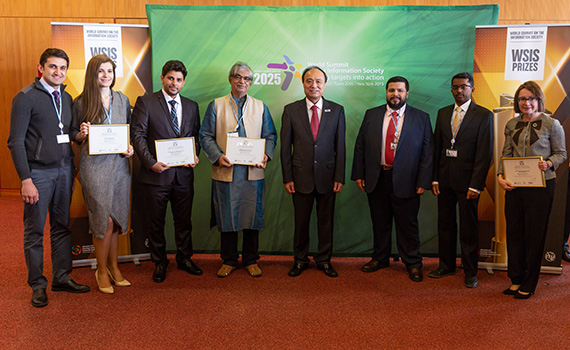 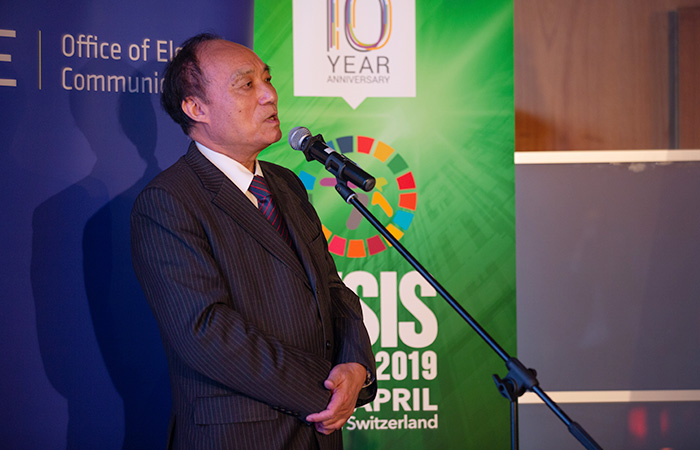 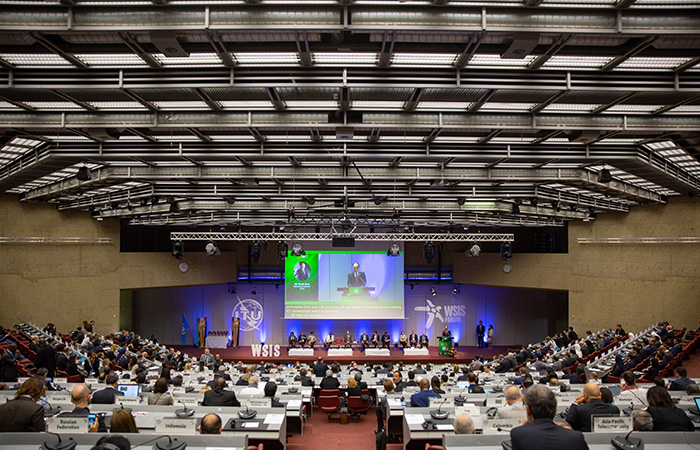 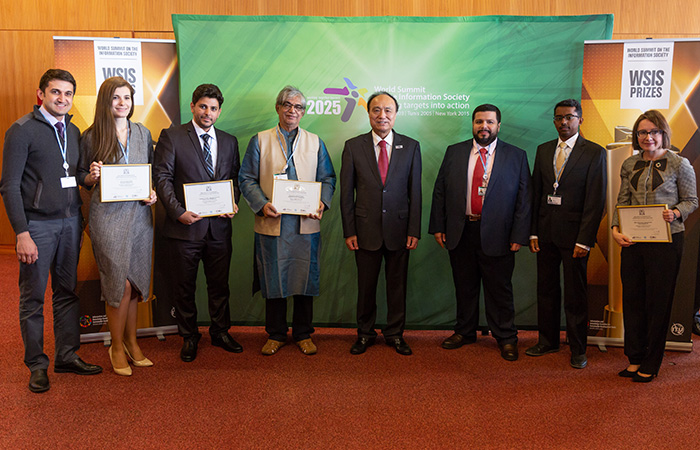 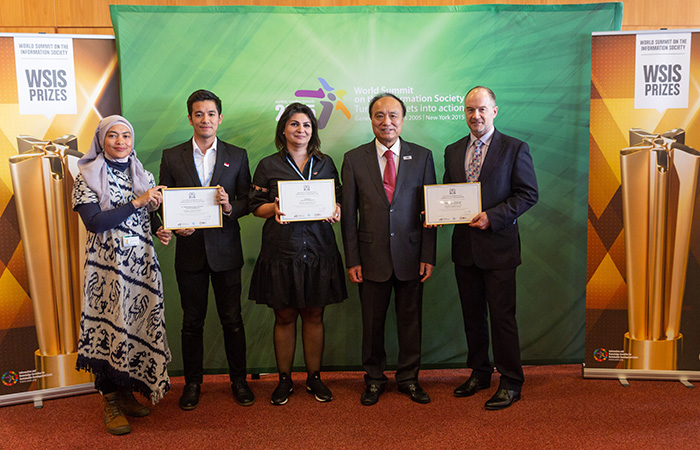 The “Speaking Library” project, implemented at the initiative of Heydar Aliyev Foundation by specialists of the Data Processing Center of the Ministry of Transport, Communications and High Technologies (MTCHT) and presented under the brand Made in Azerbaijan, has been awarded the prize “Champion Project”.

The World Summit on the Information Society Prizes 2019 (WSIS Prizes 2019) established by the International Telecommunication Union (ITU) have been presented to the winners in Geneva (Switzerland).

Thus, the project “Speaking Library” presented by the Data Processing Center of the Ministry of Transport, Communications and High Technologies distinguished itself in the nomination “Enabling Environment”.

The main objective of the “Speaking Library” is to provide people with the opportunity to listen to modern and classic works of literature and general fiction. By calling number 1541 at any time, users can listen to works in various genre. Currently, the number of books available in the audio library is over 300. More than 45,000 hits to the Speaking Library have been recorded since its inception.

The social significance of the project “Speaking Library” lies in the fact that it is mainly intended for visually impaired people.

At the same time, DataForest startup, which is the winner of the MTCHT High-Tech Park acceleration program and a resident incubator of Barama Innovation and Entrepreneurship Center of Azercell Telecom, has been awarded the title “Champion Project” in the category “ICT applications: e-business”.

DataForest, being a high-quality, fast and convenient source in which various data are collected, is a unique platform that unites companies and people who want to make money by downloading and sharing their data from anywhere in the world.

It should be noted that a number of Azerbaijani projects were submitted to the WSIS Prizes competition. 9 of them were prepared by specialists of the Data Processing Center. And 5 of them were selected by the Organizing Committee of the competition to participate in the voting.