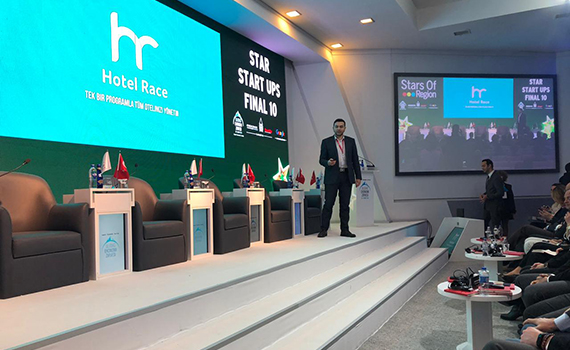 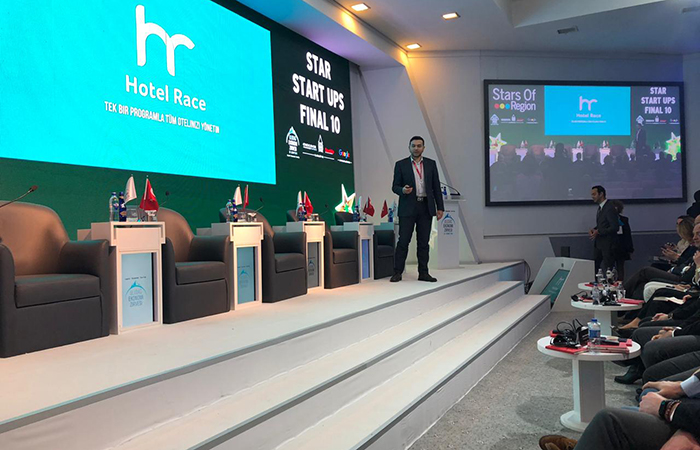 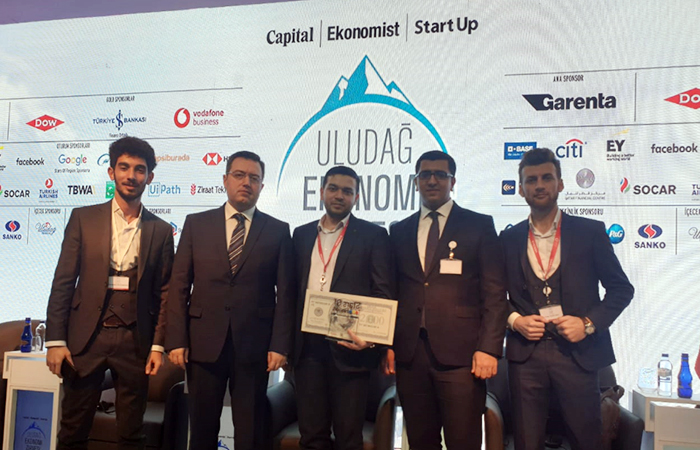 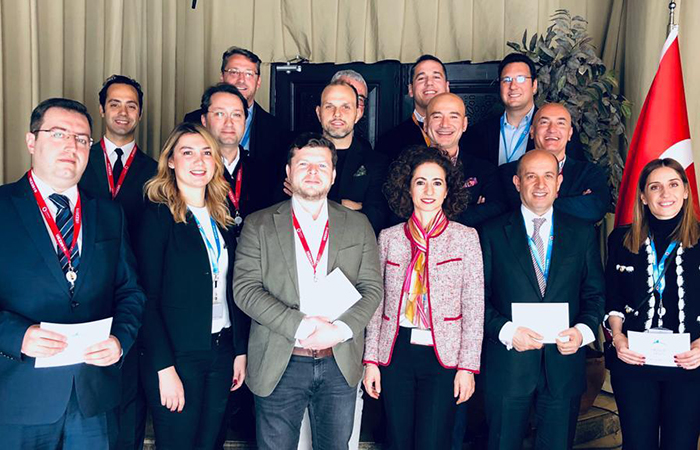 The 8th meeting of Uludag Economic Summit was held in Bursa (Turkey) on March 22-23, organized by magazines Capital and Economist, and global startup competition Stars of Region was organized as part of this event.

The Uludag Economic Summit, which has been held since 2012, is one of the most important events in the business and economy of Turkey. The annual event is attended by representatives of government agencies, the private sector and investors from Turkey and around the world.

According to the terms of the global startup competition Stars of Region, the startups, which have qualified for the final stage (top 10) are permitted to present their products and solutions before investors in the summit, and startups that are included in the top 3  have an opportunity to get investment.

The startup Hotel Race, which is a participant in the Innovative Business Program of the State Fund for Development of Information Technologies under the Ministry of Transport, Communications and High Technologies, selected from among more than two thousand startups participating in the international competition, has presented its products and solutions to investors at the final stage.

The main goal of the startup Hotel Race is to develop innovative management and analytical solutions for hotels using information technologies.

The competition jury has determined the winners of the first, second and third places from among the startups that reached the final stage.

Projects Tion (Turkey), Hotel Race (Azerbaijan), Sonris (Israel) took the first, second and third places, respectively. At the end of the event, the winners were awarded cash prizes by organizers and partners. The winners of the competition were negotiated to make investments in order to provide them with access to the global market.

It should be noted that a representative of the Ministry of Transport, Communications and High Technologies was represented on the jury of the international startup competition for the first time.

Thus, acting executive director of the State Fund for Development of Information Technologies Azer Bayramov was elected to the jury of a startup competition by the organizers of the Uludag Economic Summit.