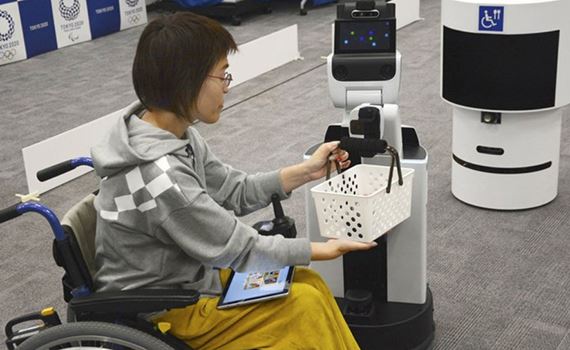 At the Olympics in Tokyo, which will be held in 2020, the robots will take on the responsibility of volunteers. There will be 16 of them, the task of the androids will include helping the guests of the event, reports AP.

The latter will help guests of the Olympiad find their places, give you all they need, and also bring drinks and food.

The developers of robots from the company Toyota have noted that most of all those will be useful to people with disabilities. By 2030, Android helpers are planning to launch in mass production.

Japanese authorities are not the first to use the Olympics to demonstrate the level of technical development of the country. Thus, during the 1964 Games, the Shinkansen superfast train, which still runs, was introduced.