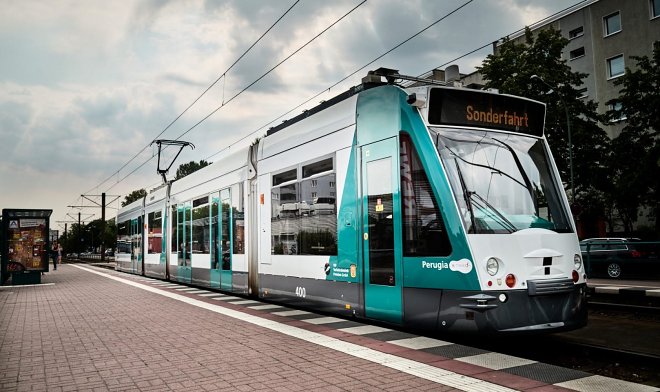 Siemens held a presentation of its tram-drones Combino in the framework of the international transport exhibition InnoTrans 2018. The test route was the streets of Potsdam in East Germany, where the new robot moved in real urban traffic. The inhabitants of the city decided not to bother, so even though the tram did stop in the proper places, but passengers did not pick up.

During the tests, the tram-robot left the depot and made a 6-kilometer loop through Potsdam. For orientation on the ground, he used lidars, radars, high-resolution cameras and urban transport system data. One of the main tasks of this demonstration was to show that when managing a vehicle with such limited maneuverability as a tram, there is practically no difference between the driver and the AI. Therefore, the drone is trained on the routes of conventional trams.

The development of algorithms for recognizing complex situations and reactions to them is entrusted to scientists from the University of Karlsruhe. And while they do not have any fundamental problems - on the contrary, the project is developing so successfully that the idea of the commercial version of the UAV was announced at the exhibition.