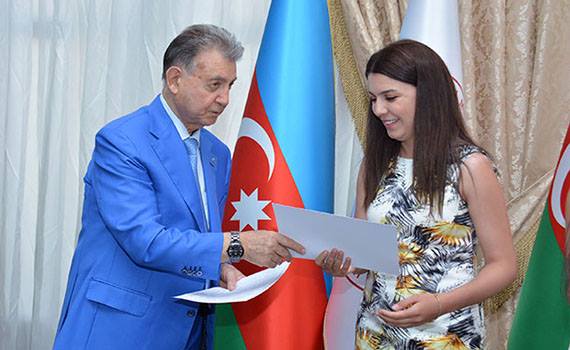 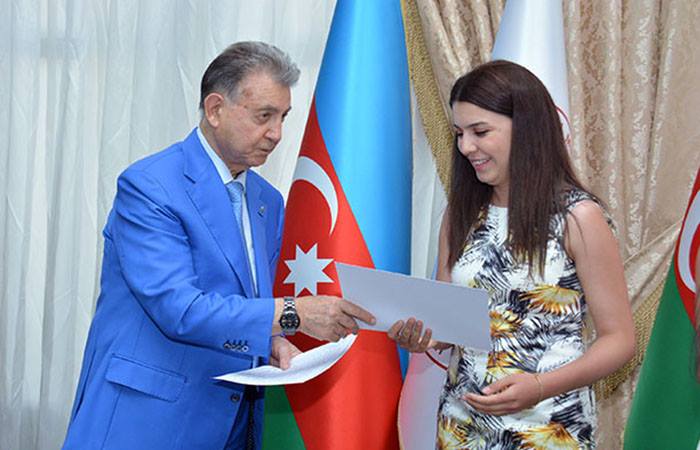 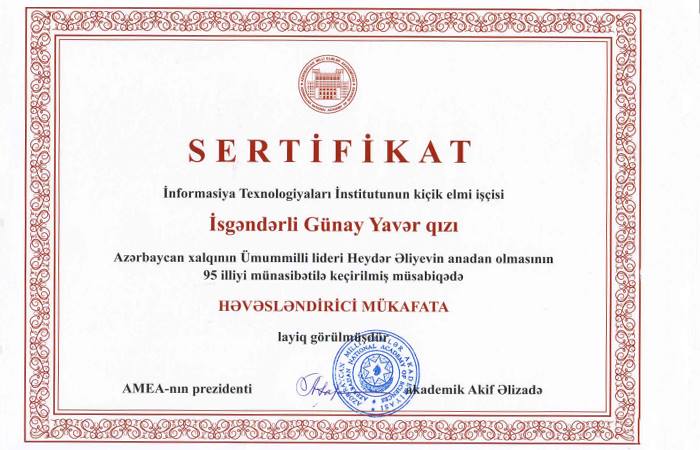 The employee of the Institute was awarded with a prize at the competition for young scientists 02.07.2018    14:36 / Important events

According to the decree of the President of the Academy dated April 5, 2018, joint competition of the Presidium of ANAS and the Confederation of Trade Unions of Azerbaijan for the young scientists of the Academy was declared on the occasion of the 95th anniversary of our national leader Heydar Aliyev. The main purpose of the competition is to stimulate the activities of young scientists who are carrying out research on current and current scientific problems and create additional creative opportunities for them.

The winners of the competition announced for young scientists on the occasion of the 95th anniversary of national leader Heydar Aliyev were awarded at the meeting of the Presidium of the Azerbaijan National Academy of Sciences on June 29. Academician Akif Alizadeh, President of ANAS presented awards to the winners.

Junior researcher of the Institute of Information Technology Gunay Iskenderli  was awarded with encouraging prize.