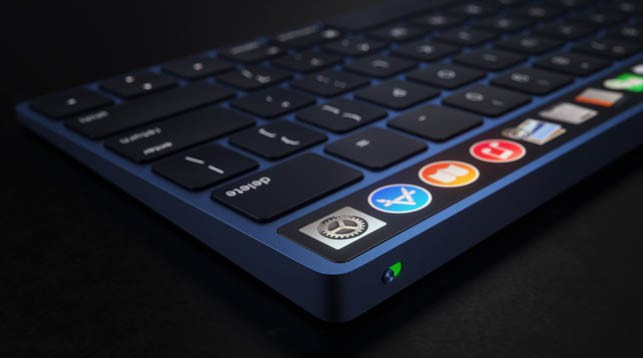 Apple has enforced a new touch panel, which can now be used as a self-confident gadget. The Raney developers' "cake" has already been picked up on notebooks - it's called Touch Bar. So typical keyboards offer full - sized.

The OLED display can be used with a keyboard, a touch screen, or a tablet. Also in the technical documentation is noticed that the display of the plague is interconnected and that it is the same as the screen. Only Apple will need to resolve the problem with the removal of bumps and extras from screens.

In the patent it is said about two different versions of the development. First - the MacBook with two screens, connecting with the hinge mechanism. Second - Sensor OLED Panel in Qualitative Accessory.

The pundits of Apple innovated the novel unnecessarily, argued, that print on the keyboard would be very inconvenient.