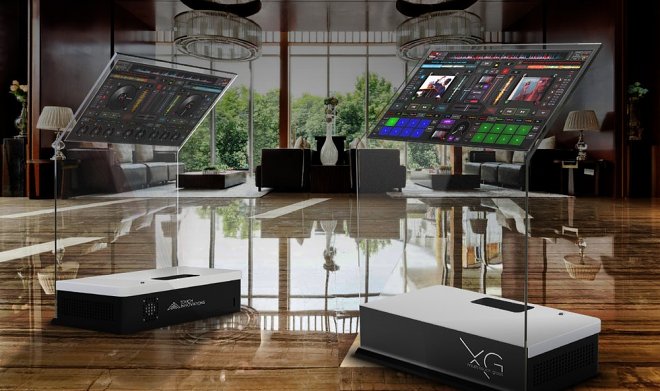 The device with a touch screen XG (39 inches diagonally) with a transparent visor is developed in two versions - with and without an integrated computer. It comes with a multifunctional Emulator 2 software for controlling MIDI applications.

An inclined transparent screen, which is a "seamless" extension of the glass case, provides an upward projection of 39 inches diagonally across the projector at the base of the device. It is reported that the included display glows "brighter than any other touch screen system." An upward projection system is capable of registering up to 10 simultaneous touch points.

XG is developed in two versions - XG Pro with a built-in computer priced at $ 6,895 and XG Life without a computer - for $ 5,999. Release of the gadget is scheduled for the end of January.