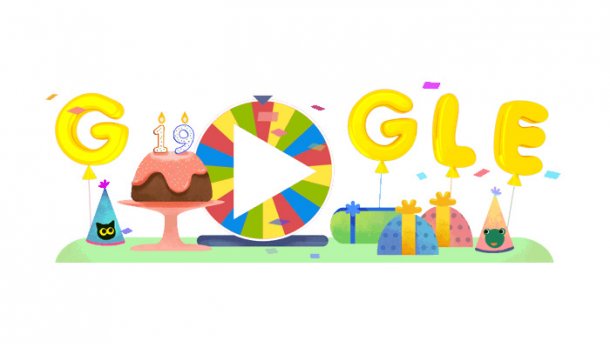 Larry Peyc and Sergey Brin, who worked on the BackRub system in Stanford University (USA, California) in 1998, created a Google project based on this system.

The date of birth of the search engine is still controversial, my-calend.ru reports.Thus, in September in different years, 3 significant events took place for this system. On September 15, 1997, the google.com domain was officially registered, and on September 7, 1998, the company acquired a legal entity status, and in 2006 it shared information on its birthday on September 27th.

Users have two views on this issue: According to the first version, on September 27, 2002, the first logotype (cake and 4 candles) on the main page of the system was posted. Other users believe that the reason for the competition was the number of pages indexed by Yahoo. In August 2005, Yahoo announced that Google had gone through the process. Google, marking its birthday twice in September, announced its leadership on September 27, 2005, and this date is now considered the birthday of Google's search engine.