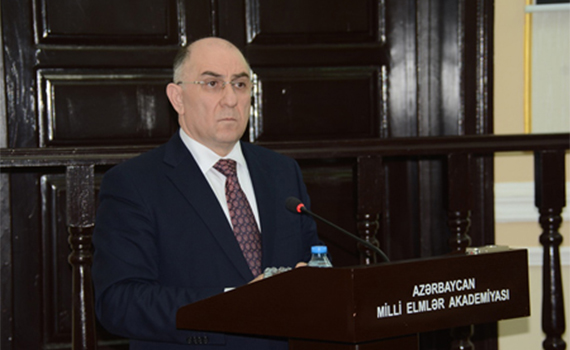 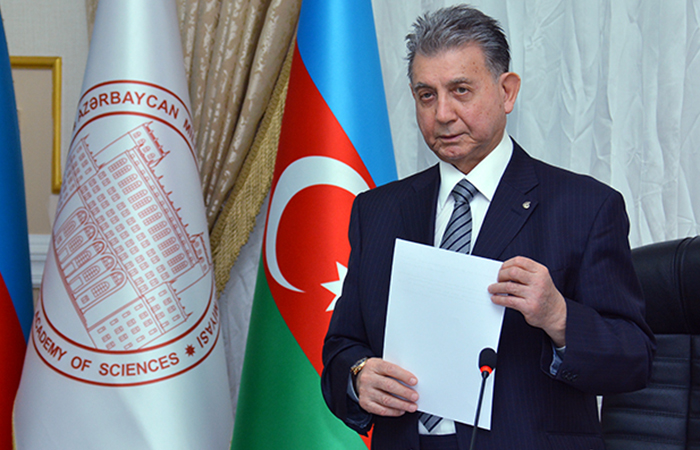 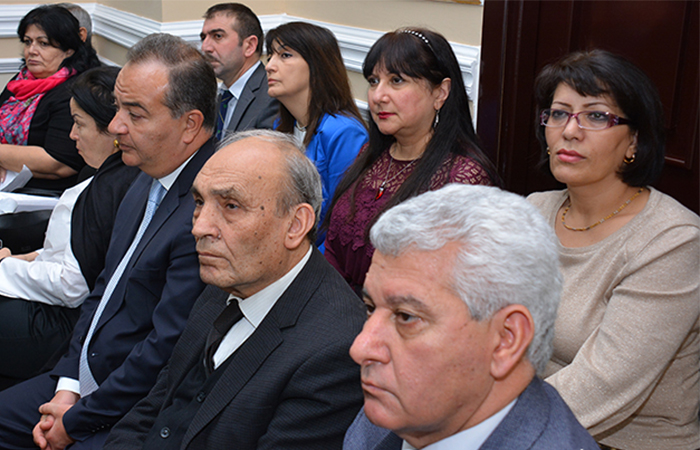 Actions within the concept of the National terminological information system to be carried out 19.01.2017    10:02 / Conferences, assemblies

At a meeting of ANAS Presidium, which took place on January 18 was discussed the implementation of the National terminological information system concept (NTISC) and proposals for operating a web portal NTISC.

In his speech on this issue, Academician-Secretary of ANAS, Academician Rasim Alguliyev noted that, according to the "State program on the use of Azerbaijani language in the context of globalization in accordance with the requirements of the times and the development of linguistics in the country", approved by Order of the President of Azerbaijan Republic Ilham Aliyev dated April 9 2013, important challenges were faced with relevant organizations.

Within the framework of the State program of scientists and specialists of the Institute of Information Technology of ANAS with the support of the State Committee for Standardization, Metrology and Patents of Azerbaijan Republic were developed the concept of a web and portal NTISC.

Academician Rasim Alguliyev reminded that, on November 25, 2016 the presentation of the concept and the web portal NTISC was held at the Institute of Information Technology. He noted that, at the event discussed such important issues as the preservation of the purity of the Azerbaijani language and its development, the expansion of research in the field of computer science terminology, etc .: "State policy in the field of terminology and its current state has been considered in the concept on fore been put forward the factors that created the need for a national terminology information system, studied international experience and standards in this area, developed conceptual frameworks and architectural and technological principles of the system, discussed the results expected from the implementation of the system, and prospects".

Academician Rasim Alguliyev noted that, the web portal «www.azterm.az» (www.terminologiya.az) is an information resource that has a large data base, which reflects the activity of the Terminology Commission under the Cabinet of Ministers and its scientific departments, terminological dictionaries and other dictionaries of the Azerbaijani language, as well as extensive search capabilities. He stressed that, in addition to the provision of electronic services to the population of terminology, the aim of the web portal, created on the basis of the latest technology is to attract the public to the process of education terms.

Considering all the above, ANAS Presidium has accepted the decree "On the Concept and the web portal of the National terminological information system." The resolution reflected the important issues such as the improvement of the activity of the Terminology Commission under the Cabinet of Ministers, development of national terminology standards in the field of terminology, organization of international cooperation, study of scientific and theoretical problems in the field of computer science terminology, the implementation of information support portal «www.azterm .az », organization of its operation, etc.