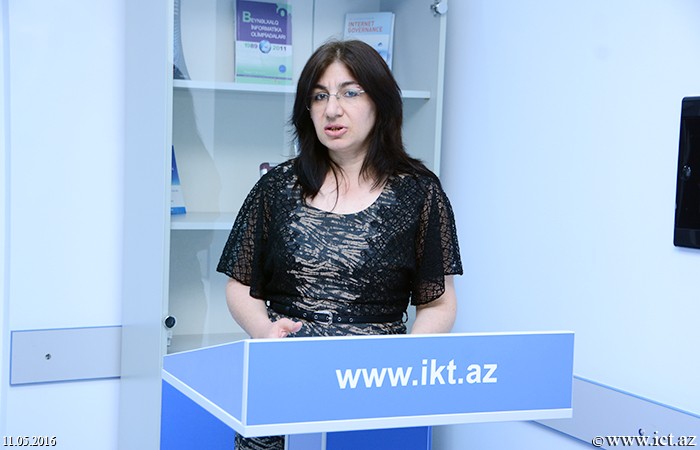 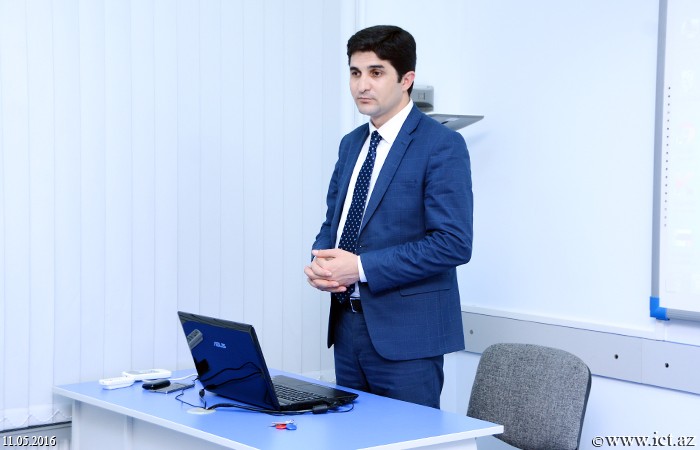 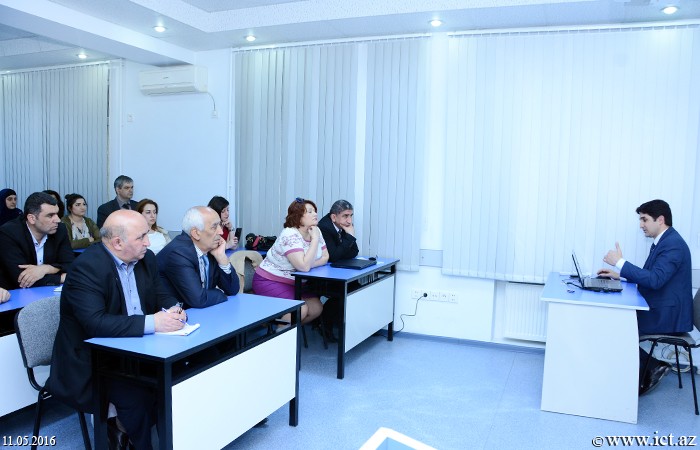 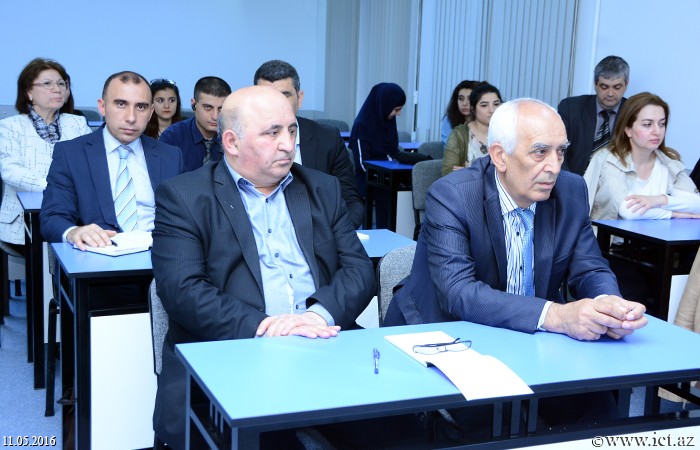 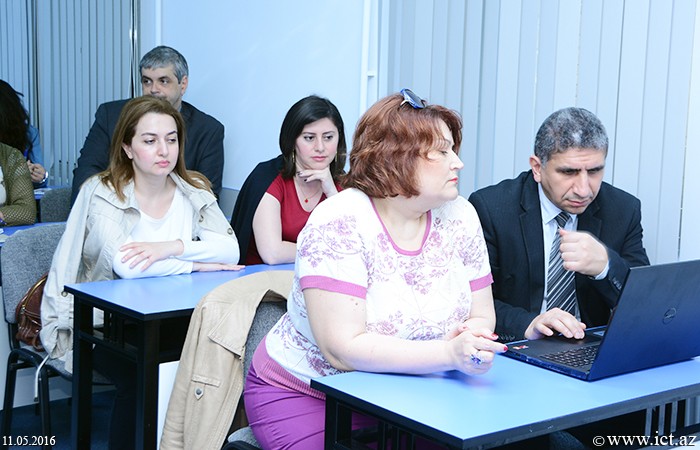 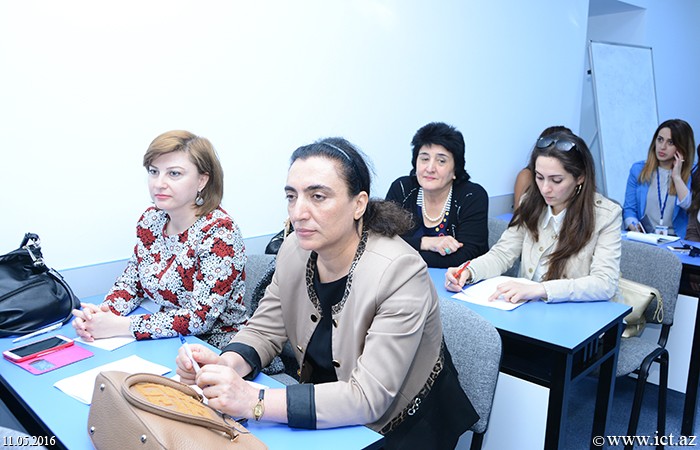 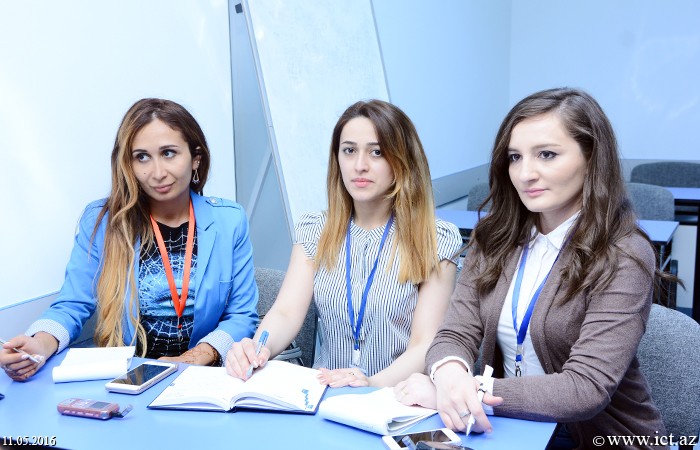 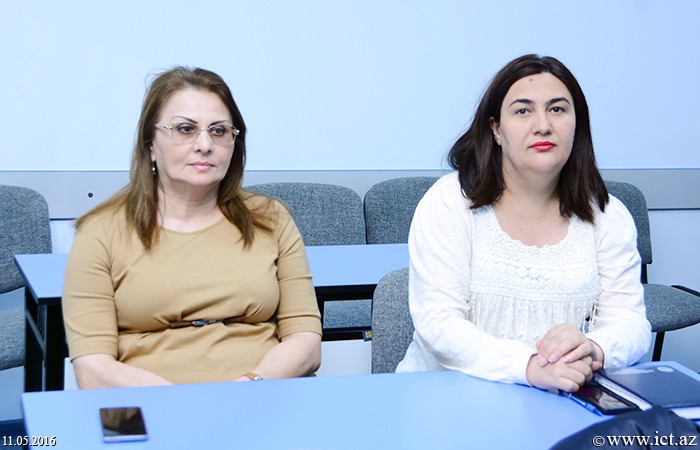 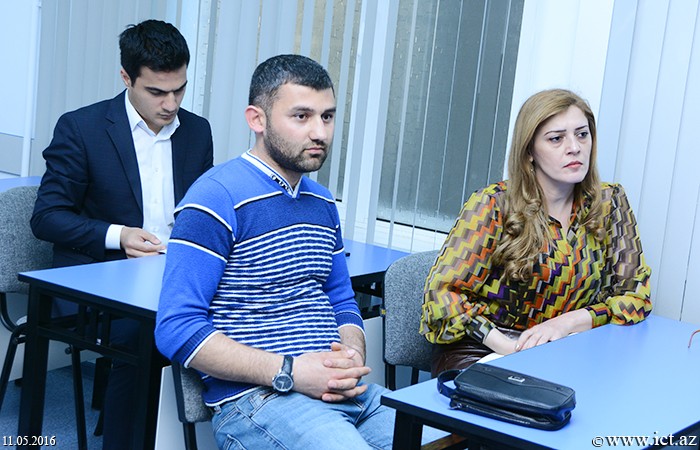 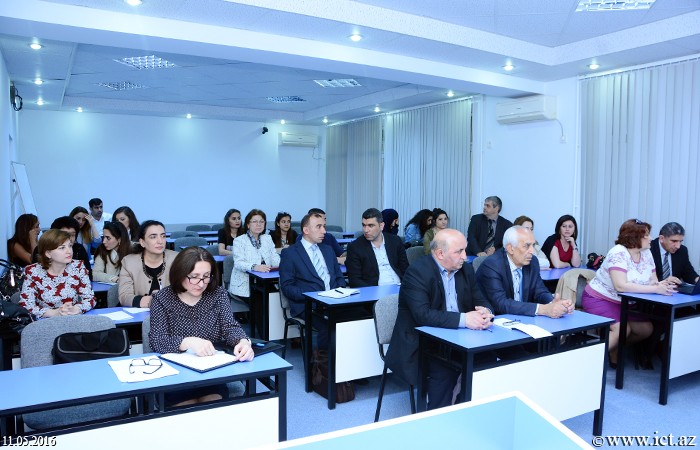 ANAS held a training seminar on the organization of admission to doctoral and doctorate exams in entrance and specilaty subjects via testing method 13.05.2016    16:00 / Important events

Training and Innovation Centre (TIC) of the Institute of Information Technology of ANAS held a training seminar for responsibles of conducting the admission to doctoral admission and doctorate exams in entrance and specialty subjects via testing method from 17 research institutions of ANAS.

Speaking at the event, head of TIC Rasmiya Makhmudova noted that, test technology are widely used in the educational process, she said that, this system plays an important role in determining the level of knowledge. Brought to the attention that on behalf of President of ANAS, Academician Akif Alizadeh recently in this structure were carried out serious reforms aimed at increasing the transparency, quality and objectivity of a doctor's examination, bringing them in line with modern international standards. Conducting examinations in computer science, and specialty on philosophy based test technologies also serve this purpose.

R.Mahmudova stated that, in accordance with the Order of President of ANAS, Academician Akif Alizadeh “On conducting doctoral admission and doctorate exams based on test technologies in ANAS” dated June 9, 2015, working groups have been created in ANAS, testing questions were developed by these groups and discussed at the scientific councils of the institutions, including questions were expertise by Expert Commission and a number of necessary methodical, technical and organizational fulfillments done in this direction.

According to her, in accordance with the Decree of the Presidium of ANAS "On the approval of specialty programs and test bank" dated 4 November 2015, Institute of Information Technology was charged to conduct technical support for ICT application during implementing doctorate and doctoral exams via a test method: "Software for conducting exams via a test method in the scientific institutions of ANAS has been developed by specialists of our Institute. The material-technical base of the applied academic institution was examined, the provision of technical advice on equipment provided, as well as institutions, in which are ready to test the application of testing program software was installed on computers. In addition, local area network has been established among computers during the conduct of examinations due to ensure confidentiality and security.”

Chief of TIC also drew attention that, since June 2013, conducting doctoral exams in computer science for all dissertates and doctorates of the republic, including since 2015 doctoral admission and doctorate exams are being held by Institute of Information Technology in a centralized way via testing method.

Then associate of the Institute of Information Technology programmer Ragif Ismayilov provided detailed information on usage of testing software, including data to the base and amendments to the rules. Attendees’ numerous questions were responded at the training.

It is intended to give certificates to the training attendees.