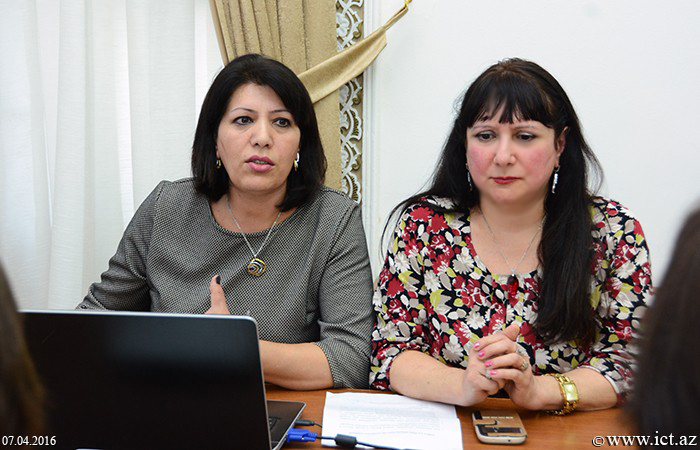 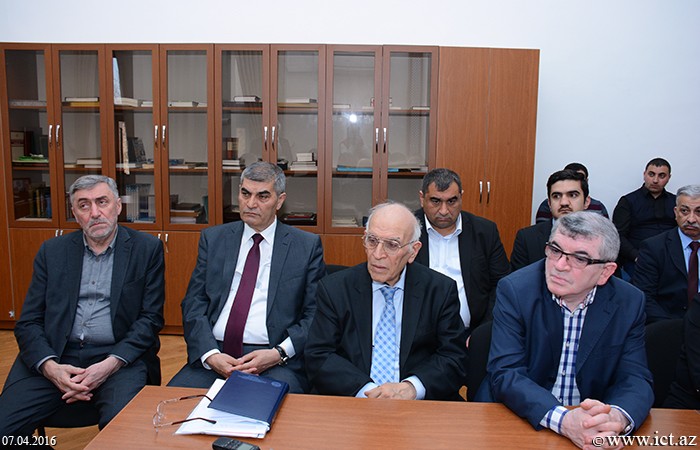 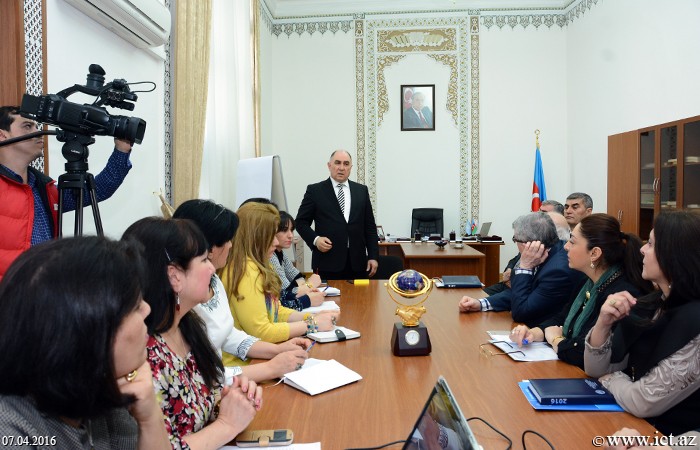 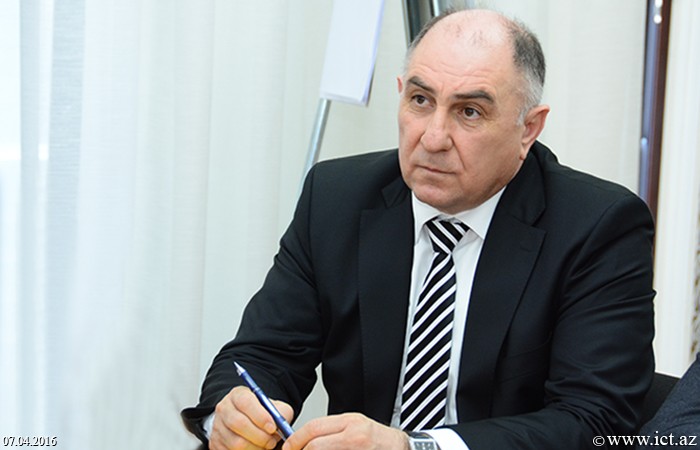 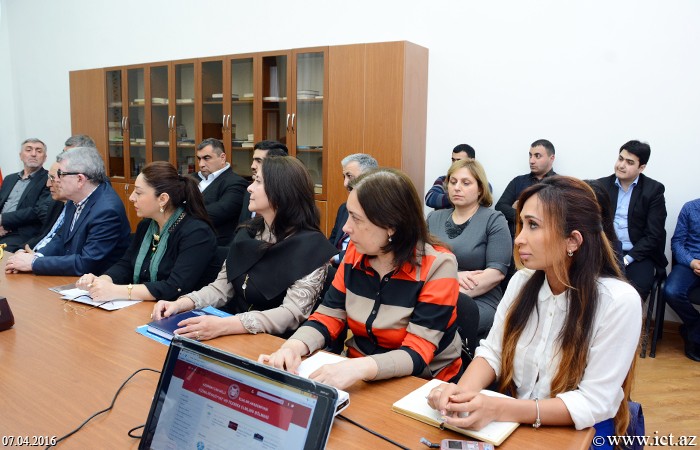 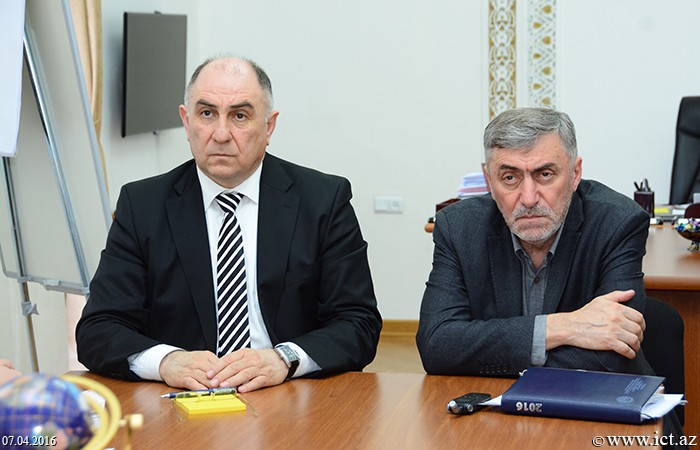 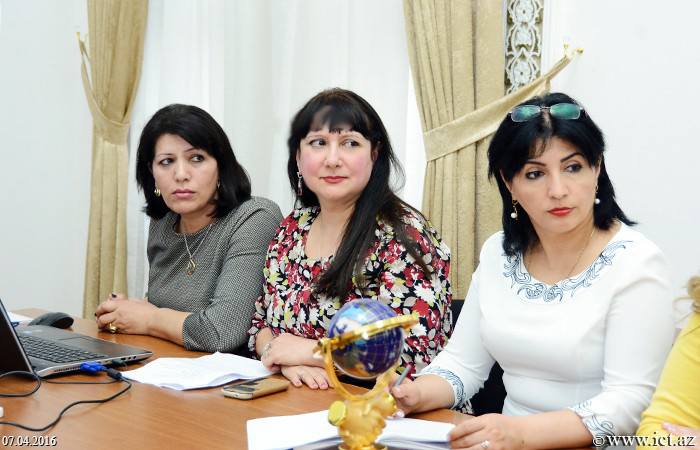 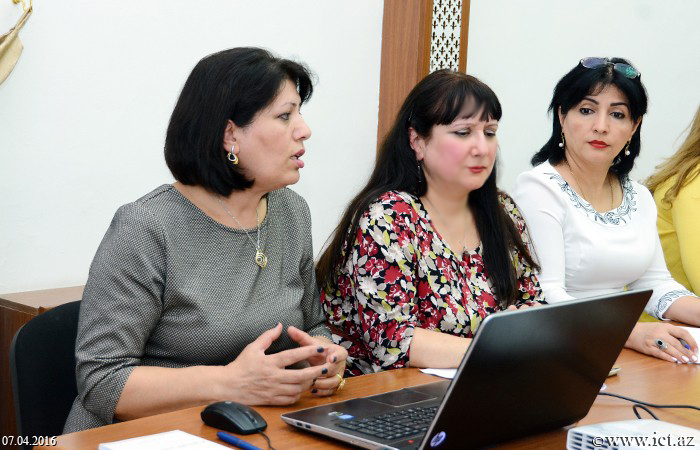 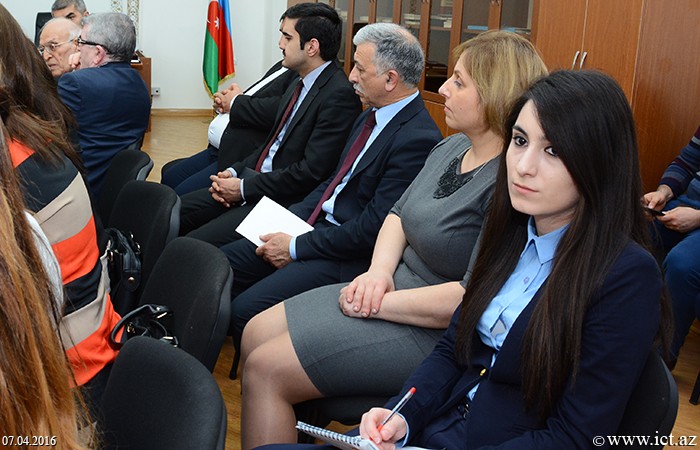 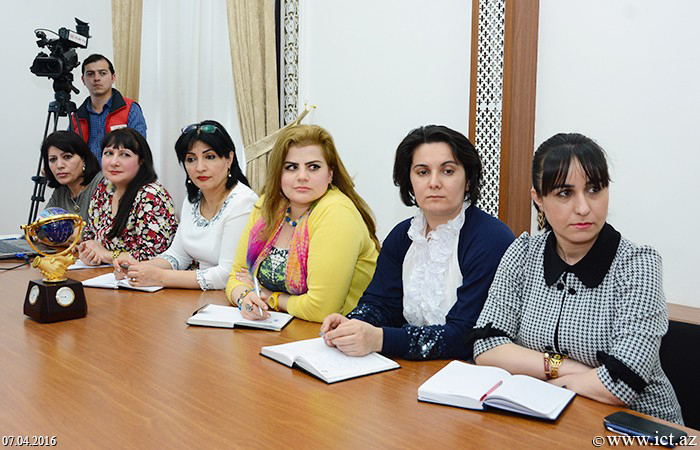 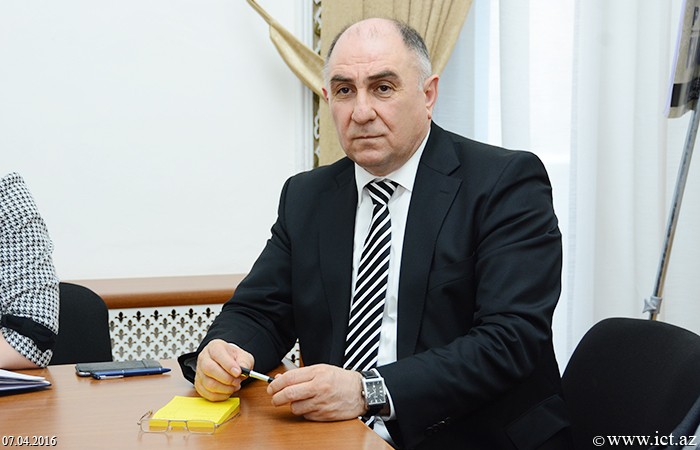 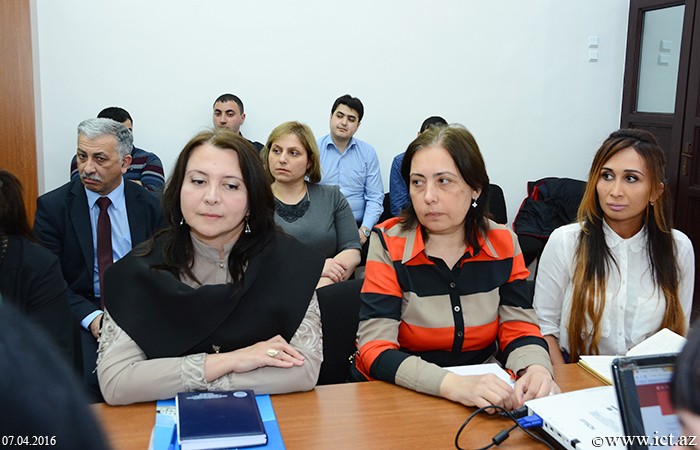 Presidium of ANAS held a meeting dedicated to the promotion of websites of scientific departments of ANAS, April 7, 2016.

Scientific secretaries of scientific departments of the academy, officials and employees of the Public Relations Office of the Presidium and the Department of the popularization of science, the Institute of Information Technology attended the meeting.

The first web-site of Azerbaijan science.gov.az was launched in 1995, pointed out academician-secretary of ANAS, director of the Institute of Information Technologies of ANAS, acad. Rasim Alguliyev. Today, science.gov.az has a great reputation and heralds the events occurred in the scientific community of the country timely and comprehensively. The web sites presented today can be considered as derivatives of the official portal of ANAS science.az, he mentioned.

Later, sector chief of the Institute of Information Technology of ANAS Afruz Gurbanova introduced newly developed web-sites. First, she presented the website of the Department of Physics, Mathematics and Technical Sciences, and noted that the main purpose of developing the web-sites is to deliver achievements of scientific departments and research institutions to the national and international community in details.

According to Mrs. Gurbanova, all the websites meet the standards of Special State Protection Service of the Republic of Azerbaijan, including the regulations of the Cabinet of Ministers of AR on the Internet information resources, and security of the websites are fully ensured. Afterward, the reporter gave information about the structures of the sites, which include home page providing announcements and news in various categories. The websites are equipped with the fast search engine and some useful related links. The sections of the websites are operating in 3 languages (Azerbaijani, Russian and English), which are "Research institutions", "Periodicals", "Scientific councils on Problems", "Official documents of the department" and "State Programs and projects", "Conferences, seminars”, she stressed out.

In the end, there exchanged views on the presentations, and numerous proposals were sounded.