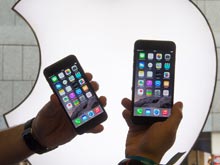 According to a patent granted to Apple on Tuesday, iPhones, iPads and other branded equipment could one day sport onboard smoke detection hardware to alert users, and interested parties, of a potentially dangerous situation.

As part of a networked system, an iOS device would be outfitted with a sensor suite similar to light-based or ionizing smoke detectors commonly found in hardware stores, but shrunken down to fit within a handheld chassis. Some embodiments call on more traditional sensors, like an iPhone's camera, to pull double duty as smoke detection devices.

When the system does detect smoke, underlying control software is triggered to notify the device owner, activate a fire suppression system or perform other suitable tasks.