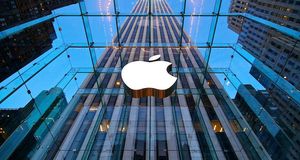 Intelligence everywhere is the mantra of our increasingly connected planet and nowhere is this more apparent than in news Apple and others will help the US military develop wearable technologies.

The Pentagon today announced plans to work with Apple, Boeing, Harvard and 160 others within the newly announced Flexible Hybrid Electronic Institute. The aim is to use high-end printing technologies to “create stretchable electronics that could be embedded with sensors and worn by soldiers, a defense official said.

These “stretchable electronics” will be worn by humans or wrapped around military assets to monitor structural integrity.

"I've been pushing the Pentagon to think outside our five-sided box and invest in innovation here in Silicon Valley and in tech communities across the country," Defense Secretary Ashton Carter said. Carter is also exploring how much autonomy military drones and robots should have in future.