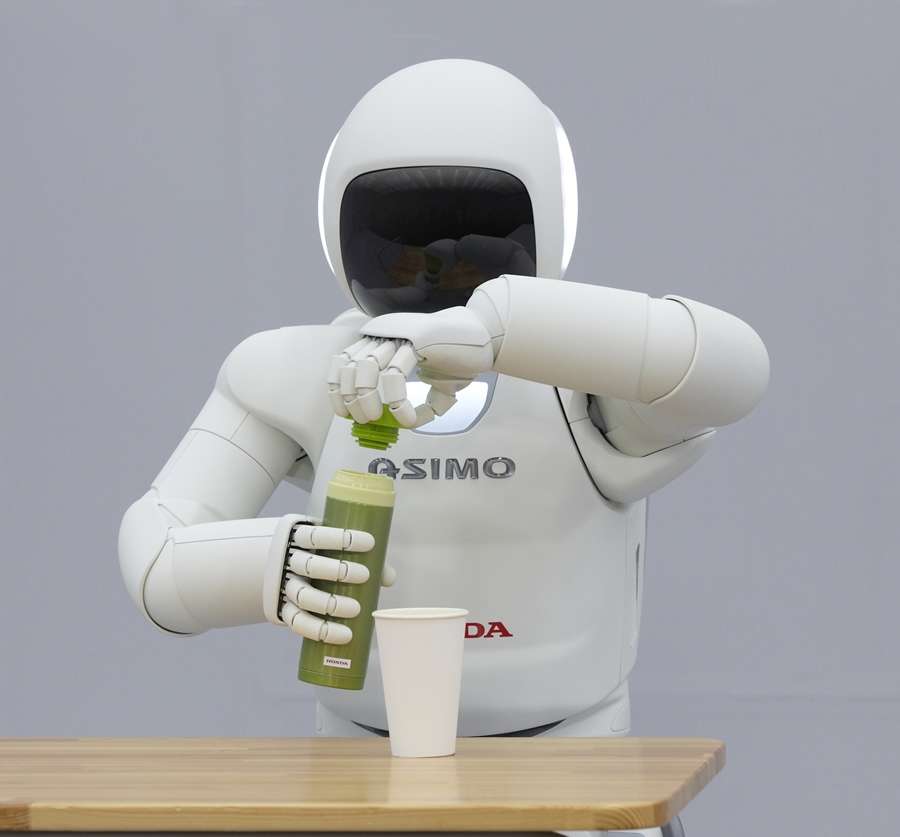 Deep in the basement of MIT’s Building 3, a two-legged robot named HERMES is wreaking controlled havoc: punching through drywall, smashing soda cans, kicking over trash buckets, and karate-chopping boards in half. Its actions, however, are not its own.

Just a few feet away, PhD student Joao Ramos stands on a platform, wearing an exoskeleton of wires and motors. Ramos’ every move is translated instantly to HERMES, much like a puppeteer controlling his marionette. As Ramos mimes punching through a wall, the robot does the same. When the robot’s fist hits the wall, Ramos feels a jolt at his waist. By reflex, he leans back against the jolt, causing the robot to rock back, effectively balancing the robot against the force of its punch.