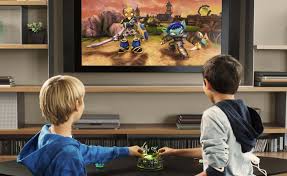 The impact of video games has been a point of concern for parents, as children are spending more and more time glued to the screen. In fact, estimates suggest that by the time a young individual turns 21, he or she would have spent 10,000 hours gaming.

To understand the health effect of gaming, researchers from Université de Montréal and the Douglas Mental Health University Institute explored gaming and the brain. The researchers – who published their findings in Proceedings of the Royal Society B – found gamers have more efficient visual attention abilities but at the same time, they relied more on the brain’s reward system than its spatial memory system.

"For more than a decade now, research has demonstrated that action video game players display more efficient visual attention abilities, and our current study has once again confirmed this notion," said first author, Dr. Gregory West, in a statement.