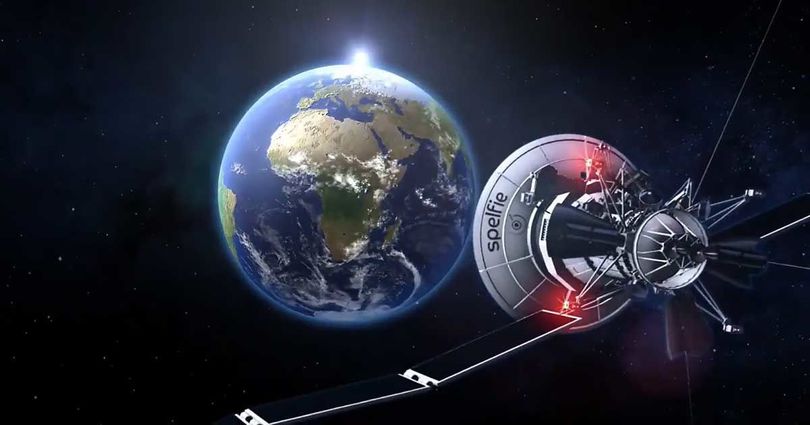 Spelfie.com calls its project “the longest selfie stick in history.” Photos are taken by a satellite, which is located at an altitude of about 36 thousand km. Alas, the abilities of satellite optics are not so good as to allow you to examine in detail your own crown. But it is suitable for shooting large events and flash mobs.

For example, environmental activists have already taken advantage of Spelfie's services, trying to draw attention to the pollution of Bali. Activists with their bodies formed the inscription “Act Now” on the beach, and the satellite photographed it.

According to igate.com.ua, in order to participate in something similar, you need to mark the time and place of the event on the map in the application in advance. The coordinates of the survey point will be transmitted to Airbus satellites. Then during the event, using the application, you need to take a normal selfie. Two photographs - on earth and in space - will be taken simultaneously. Within a few hours, Spelfie will send the finished photo to the user.

Project Director General Chris Newlands claims that Spelfie is not just a high-tech toy, but a project designed to provide real help to people who are trying to change the world through social networks and images.

However, Spelfie does not refuse money contracts. For example, the company actively cooperates with travel agencies. Seychelles already intends to use this technology to advertise its resorts. In the future, developers intend to go beyond the scope of public events and give the opportunity to make a “space selfie” in general to anyone who wants to anywhere in the world.