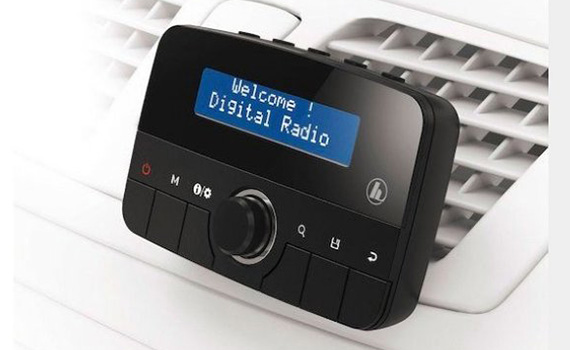 The Radio and Television Broadcasting and Satellite Communications Production Association of the Ministry of Transport, Communications and High Technologies of the Republic of Azerbaijan for the first time in the country carried out test of digital radio broadcasting of the European standard DAB + (Digital Audio Broadcasting) in Baku and on the Absheron Peninsula.

In order to introduce the DAB + standard digital radio in the Baku TV tower, basic hardware of the station, a 1 kW digital radio transmitter and a 1x6 configuration antenna system were installed and commissioned.

As a result of appropriate radio monitoring carried out by the State Administration of Radio Frequencies of the Ministry of Transport, Communications and High Technologies, a reliable  reception of a digital radio signal was ensured throughout the entire territory of Baku and the Absheron Peninsula.

Information on the launch of the DAB + standard digital broadcasting in our country is available in the database of the world’s most influential international industry organization WorldDAB Forum operating in the European Broadcasting Union in Geneva, and on the official site www.worlddab.org. Thus, Azerbaijan has also been included in the list of 27 countries.

It should be noted that it is possible to broadcast and receive radio programs in one package in both digital television broadcasting and digital radio broadcasting.

Digital radio broadcasting provides more efficient use of the radio frequency spectrum, more reliable reception of radio signals, the transmission of information in video, graphic and text form on one frequency band, and also has the advantage of broadcasting in the Single Frequency Network (SFN) mode.

At the same time, this type of broadcasting enables reliable reception at any point in radio signal coverage area, regardless of the speed of the car, train and other moving objects in which the receiver is installed.